This guide will help you locate all 3 Elite Targets on Imperial Taris that are part of the Tyrant of Taris achievement. (Shown in alphabetical order) 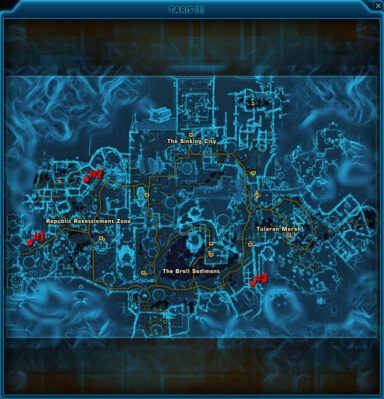 The Nautolan Jedi Master Berr Irichmin is a Champion Opponent found guarding the cantina building in Olaris in the Republic Resettlement Zone. 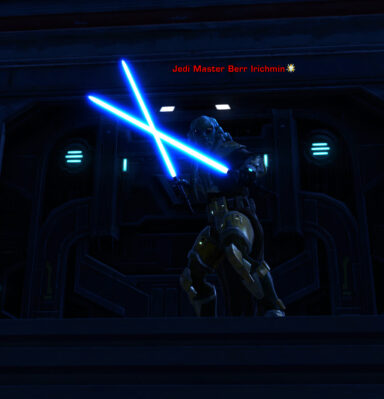 The Nekghoul Maltok is a Champion Opponent found in a secluded alcove close to the Heroic Area in the north of the Republic Resettlement Zone. 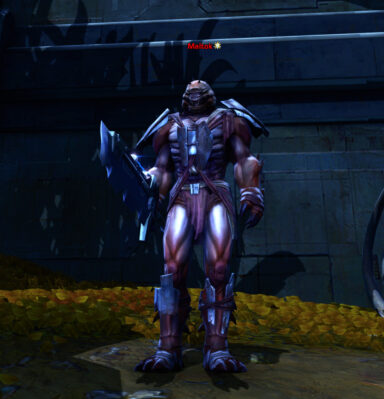 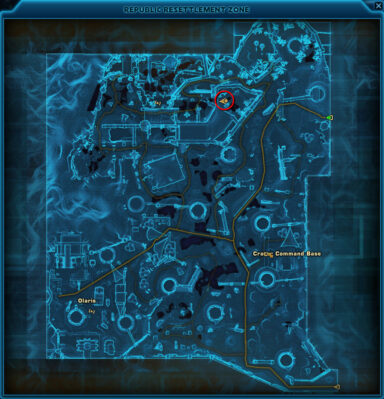 The large Reclamation Forerunner droid is a Champion Opponent found hiding among the crumbling walls south of the Toxic Lake Garrison in The Brell Sediment. 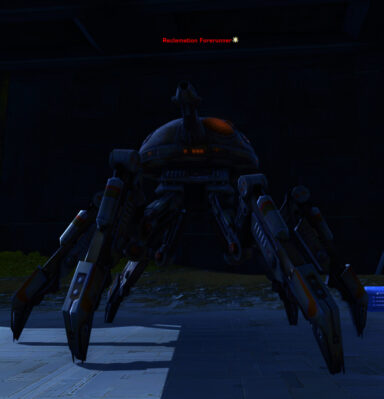 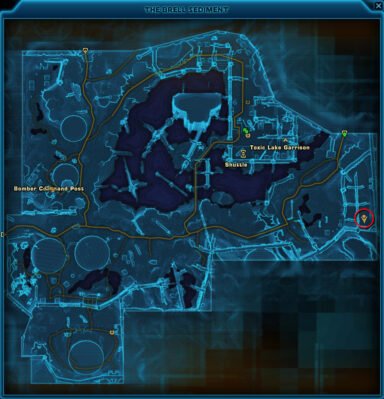