This is a guide that will help you locate and obtain a Taunlet pet on the planet of Hoth in SWTOR.

For this pet, you are going to need a few items to catch it - the NVSCCS and Ice Scrabbler Jerky. If you already have the tools you need, then you simply need to locate the Taunlet.

The Taunlet will not be shared in your Legacy and therefore have to be collected on each character you want them on.

Visit the lone vendor in the Juran Mountains directly south of Outpost Talarn and purchase the NVSCCS for 5,000 credits, if you haven't already purchased this at the same time as the other items for the Datacron Achievements. 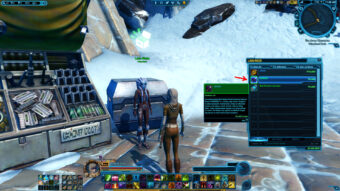 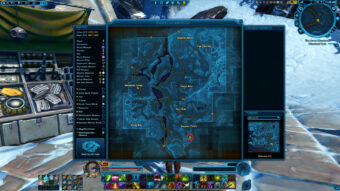 The Ice Scrabbler Jerky can most likely be purchased on the GTN by other players. 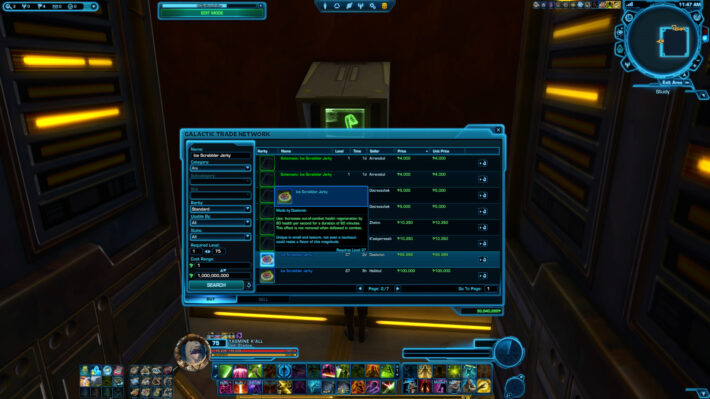 But if you can't purchase it, or would rather craft it yourself, you will need the Biochem Crewskill at level 300 and the following materials: 2x Alien Cell Grafts, 1 Ice Scrabbler Liver, 5x Pickled Space Worm and 1 Ice Fern. 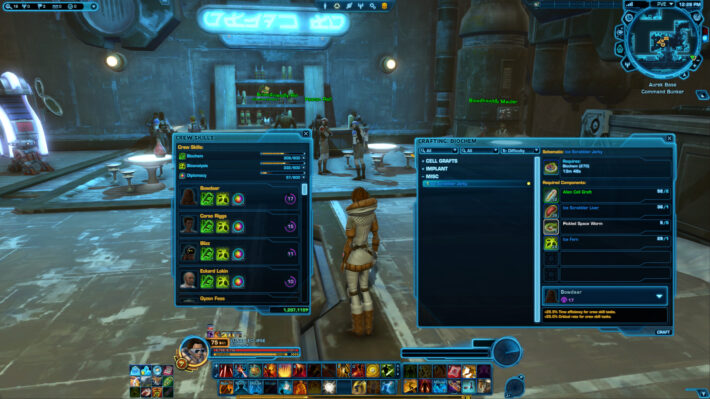 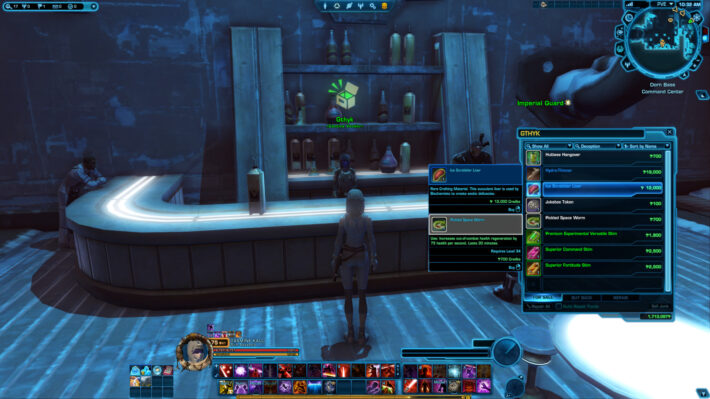 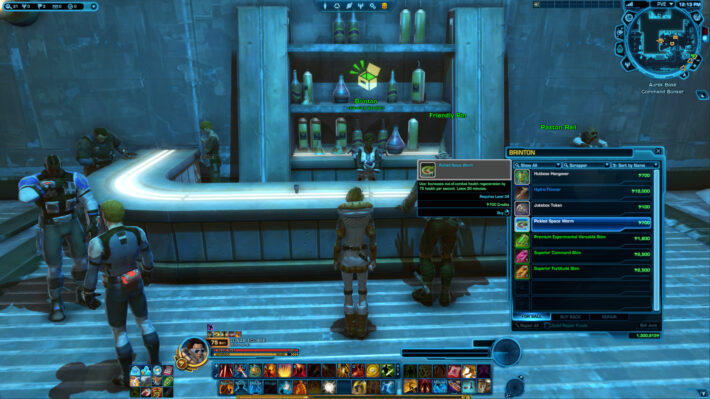 Ice Fern can be found at several locations on Hoth. 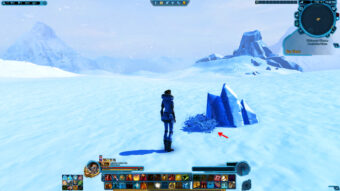 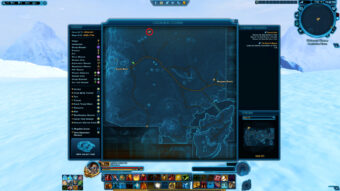 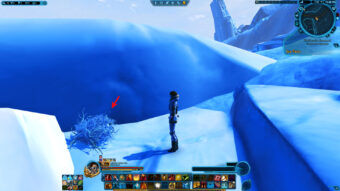 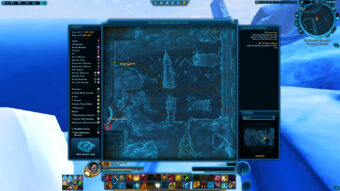 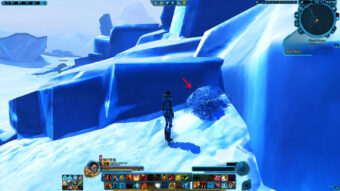 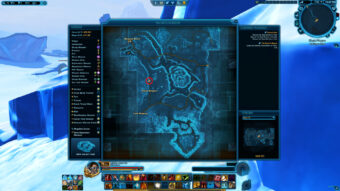 Travel to the volcanic area in the Glacial Fissure and consume the Ice Scrabbler Jerky, which will give you a buff that lasts for 60 min, stating that no Tauntaun can resist the flavour. 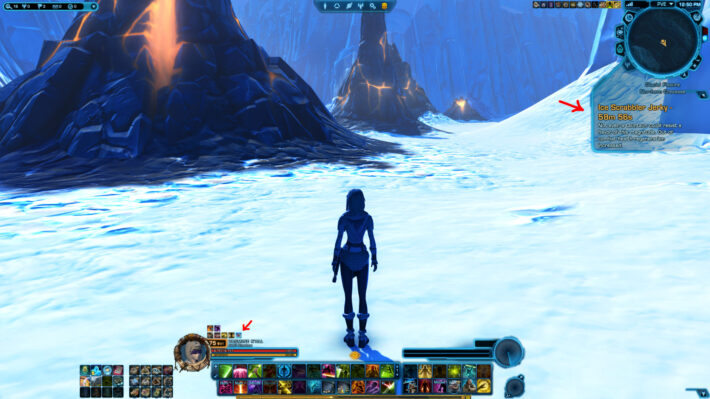 Run to the south-west of the volcanic area to a small crack in the ice with two Hailstorm enemies in the way. 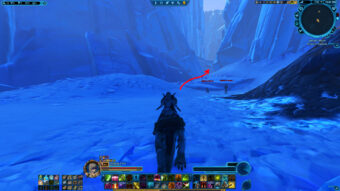 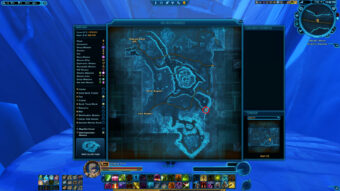 As you enter the small area, you will get the message "A wild tauntaun appears!" and a small friendly Frightened Taunlet will spawn momentarily. 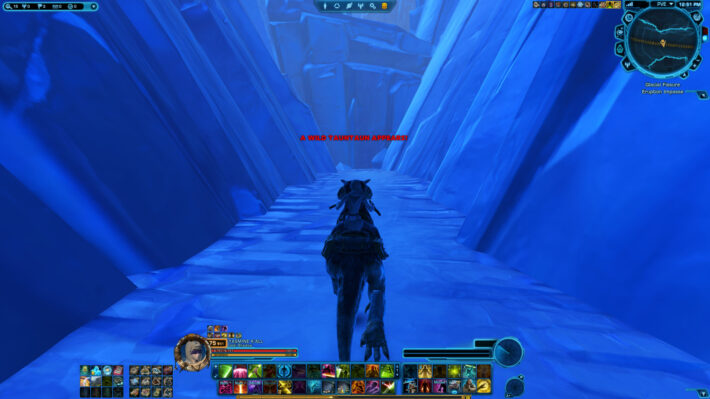 Simply target the Taunlet and use the NVSCCS item to capture it. The Taunlet will be transferred to your inventory. 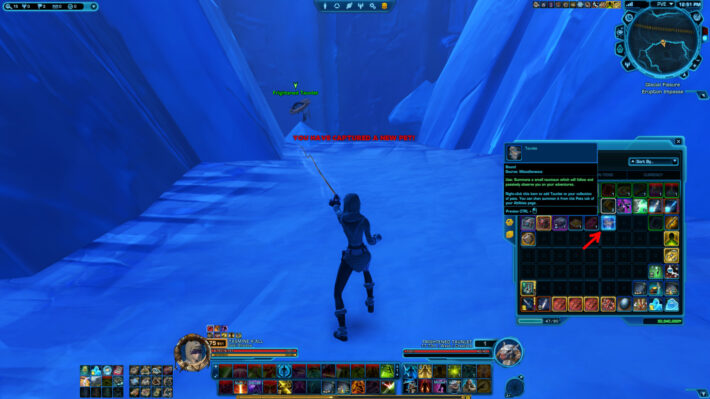