The Purple Mastery Datacron increases your aptitude in combat, allowing you to do more damage. It will grant you Mastery +4 to your permanent stats along with codex: Galactic History 87: A Wayward Apprentice. There are 5 Datacrons in total located on the planet of Ilum.

This Datacron is located in a crystal cave in the very north of the Ilum map. 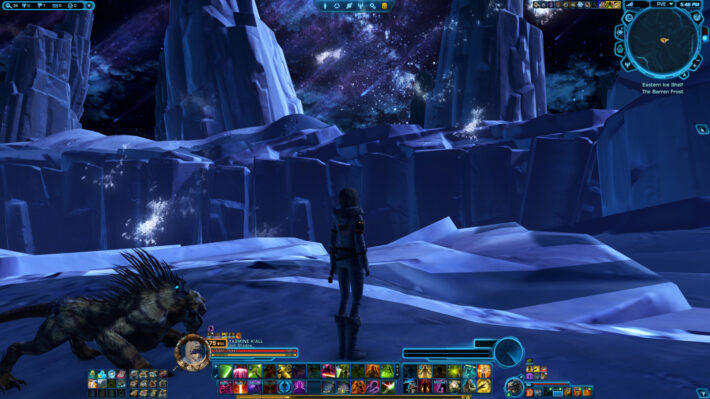 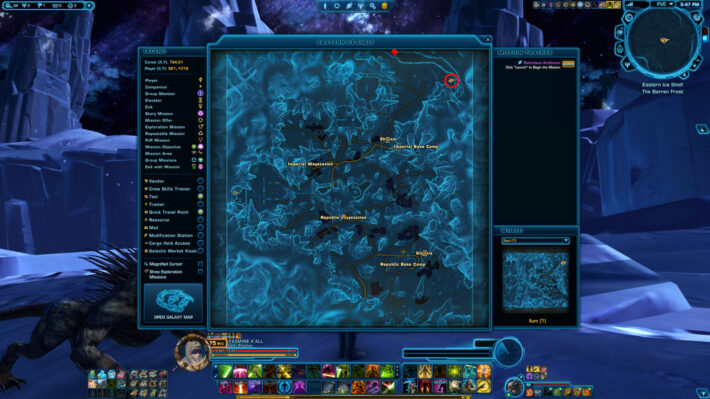 Climb down the ice to the canyon. Do not drop all the way down. 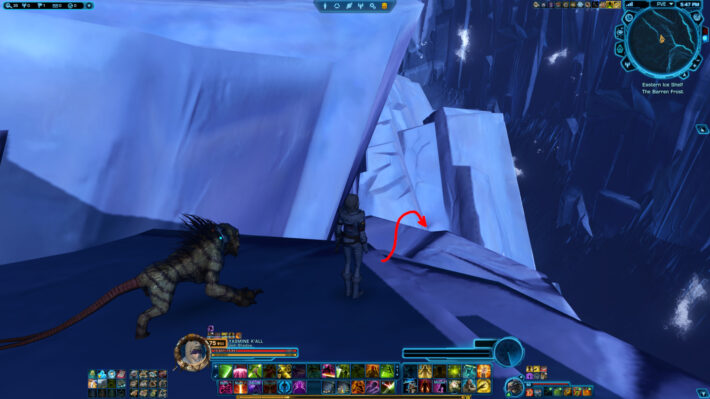 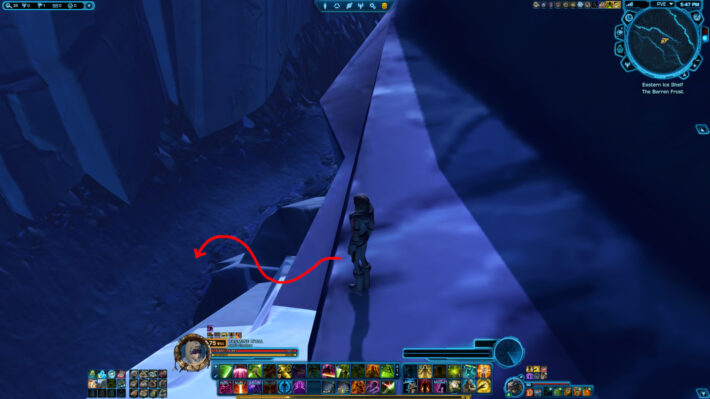 Go left and follow the canyon to the end past a few packs of enemies. They are easy enough to avoid or outrun. 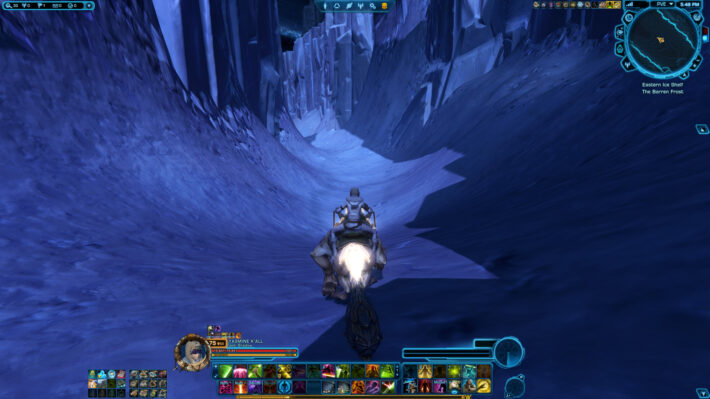 Turn right at the end and enter the crystal cave. 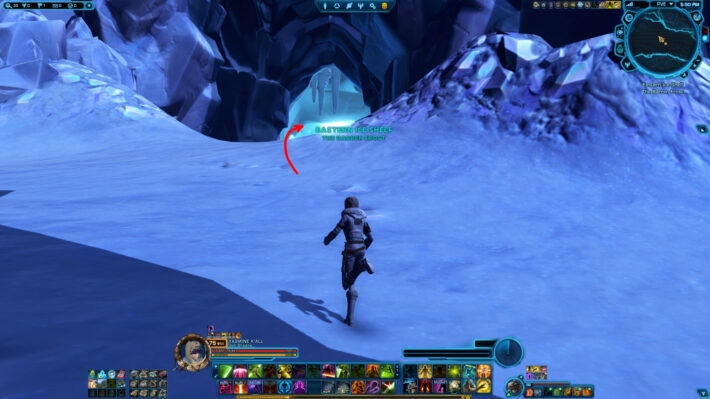 Run straight ahead, past the Champion named The Crystal Eater, which is part of the Ilum's Most Wanted achievement. The Datacron is located behind the crystal specked pillar. 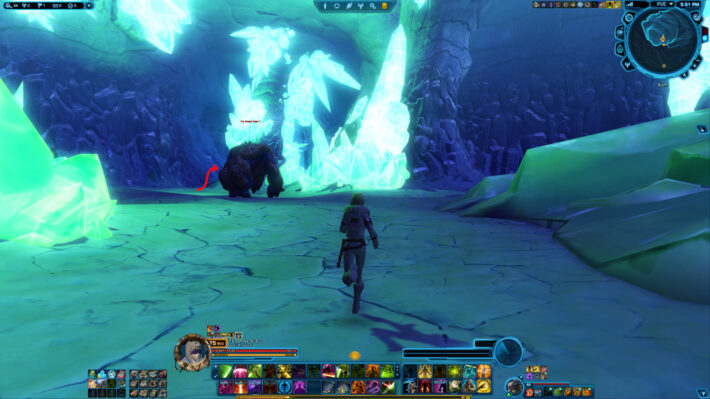 This will grant you Endurance +4 to your permanent stats along with the codex: Galactic History 87: A Wayward Apprentice. 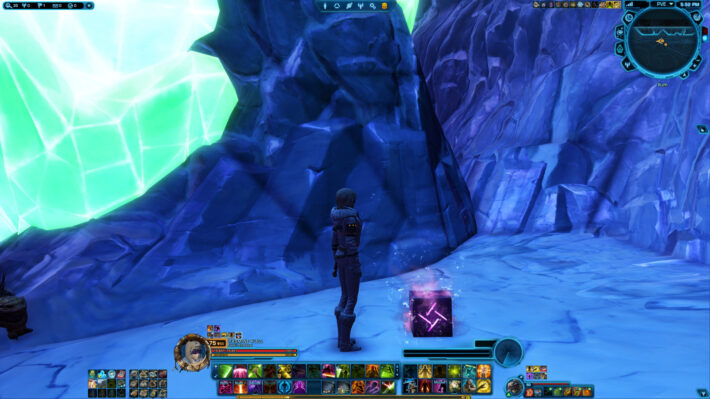