The Purple Mastery Datacron increases your aptitude in combat, allowing you to do more damage. It will grant you Mastery +4 to your permanent stats along with codex: Galactic History 79: The Conclave at Katarr. There are 7 Datacrons in total located on the planet of Corellia.

This Datacron can be collected either as a Republic or an Imperial Character, as it counts towards the same achievement. Once you have collected it on one faction, you do not need to get it on the other. So you get to choose which one you would prefer - The Imperial version is shorter, but more difficult. The Republic is longer, but easier. Both are jumping challenges. 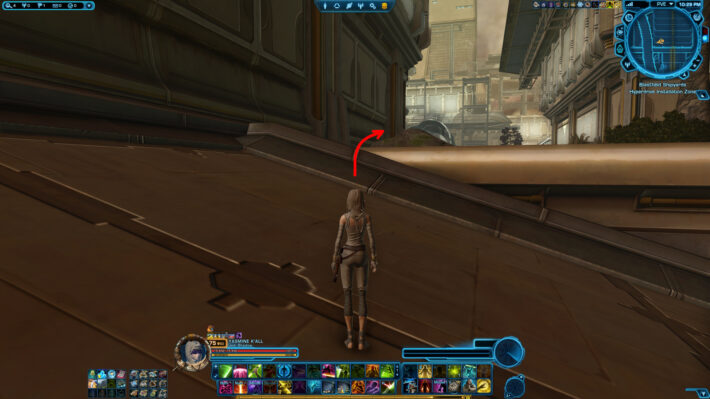 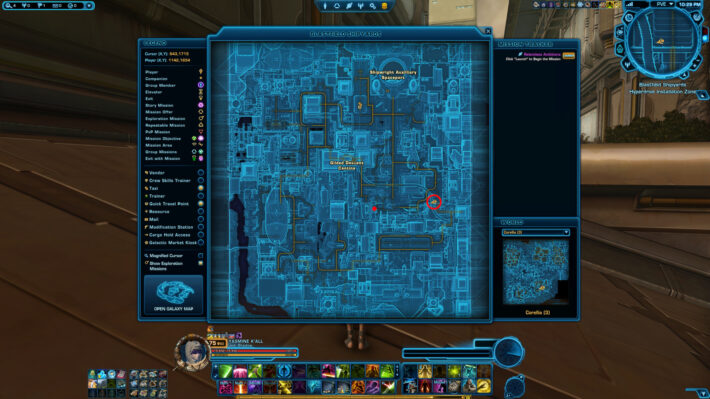 Instead of following the path into the building, turn right at the door at the top of the ramp and follow the ledge. 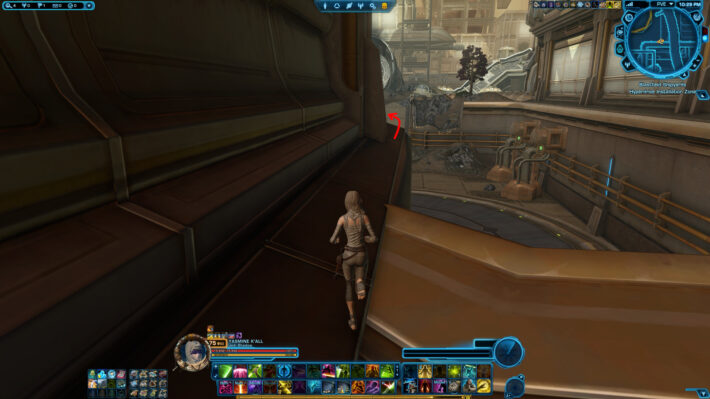 As you turn the corner, keep following the ledge and jump over the two beams attached. 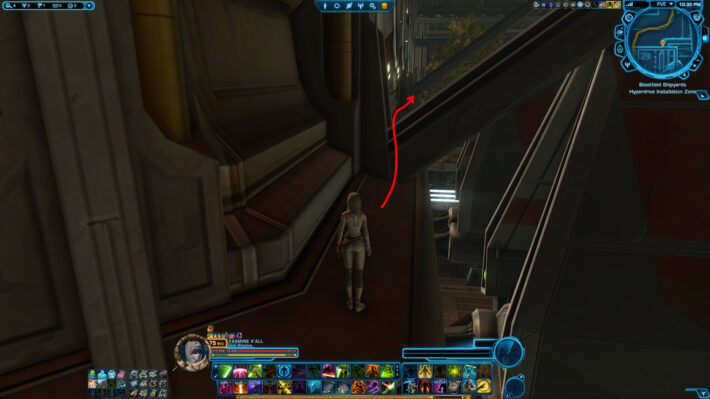 Turn right at the end, following the ledge. 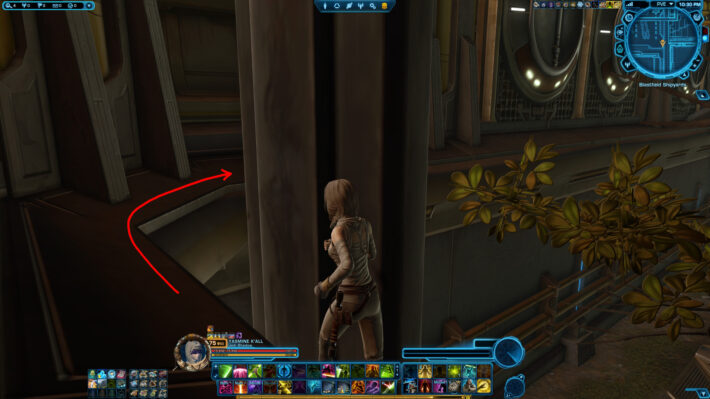 Climb the first beam at this part of the ledge. 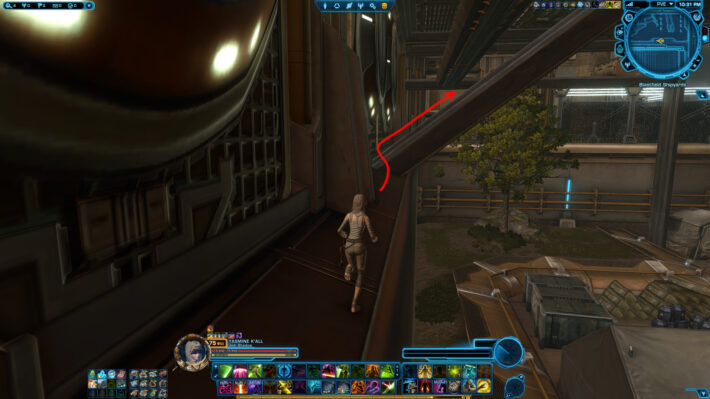 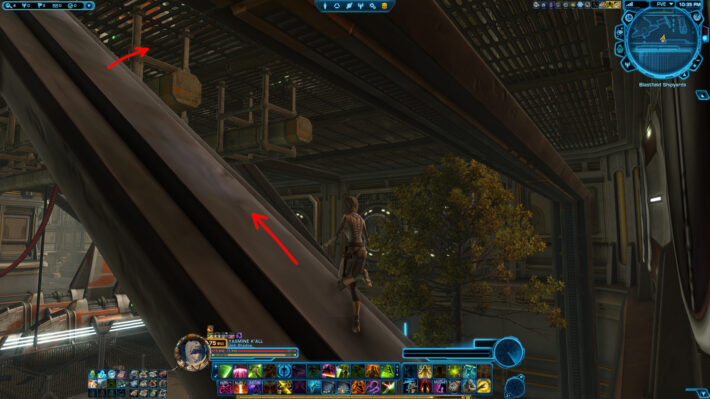 At the top of the beam, turn around and face another beam running parallel with the ledge below, jump onto it and turn right. 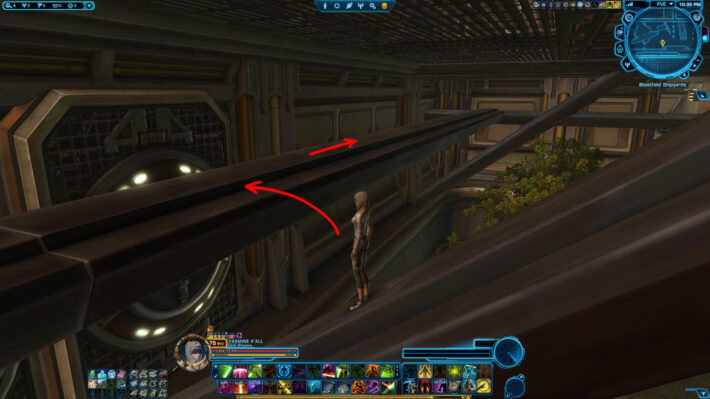 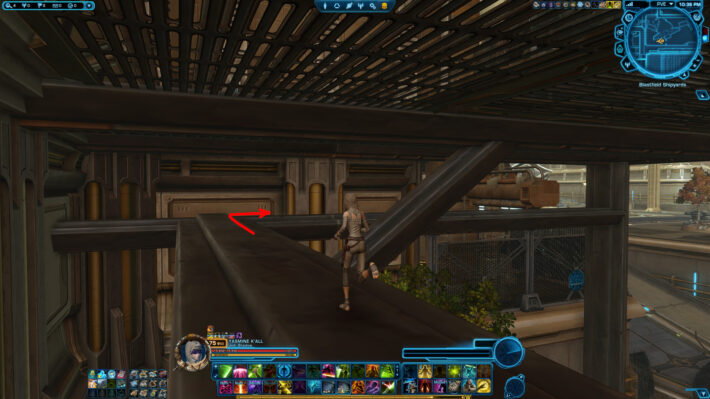 At the end of the beam, jump onto the pipes. This can be a bit of a tricky jump. Use a small mount, if it helps with jumping. 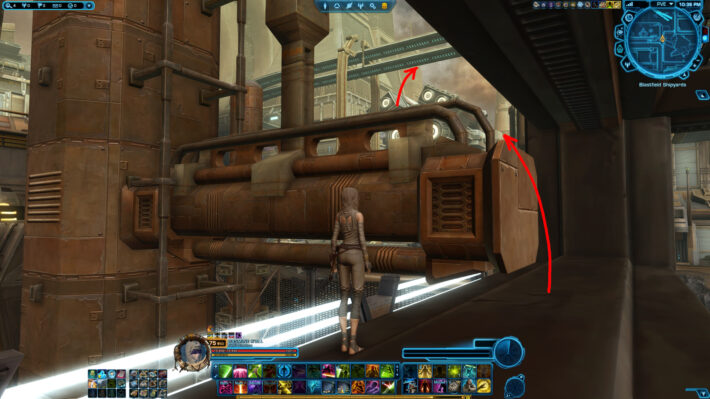 On top of the pipes, turn around and face the direction just came from and jump on top of the platform above. 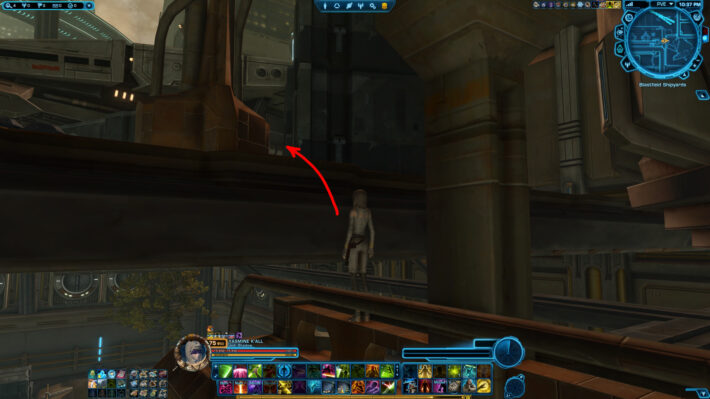 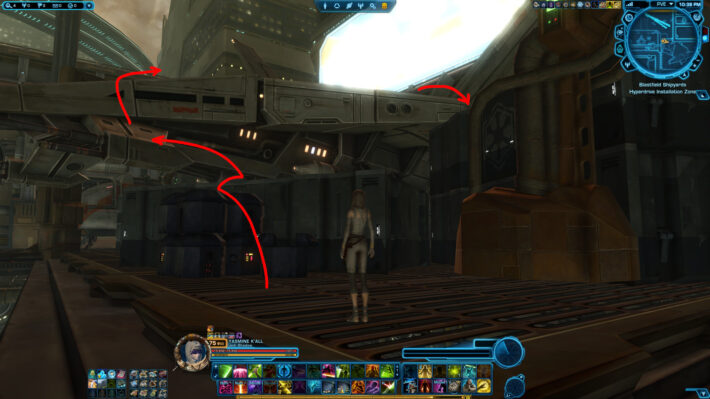 From the starship, drop down onto the stacked containers you couldn't reach before. 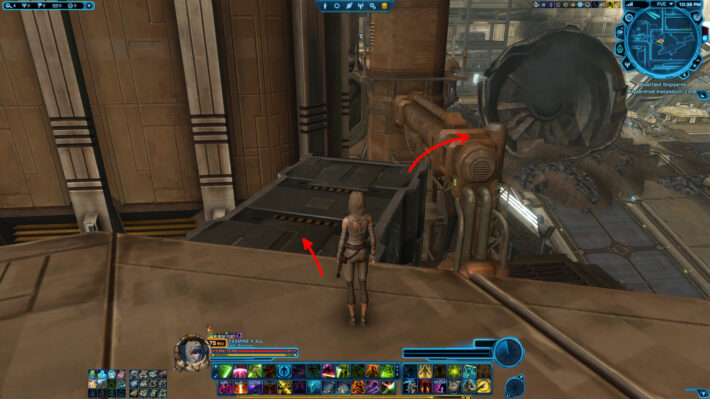 From the container, jump onto the top pipes straight ahead and follow them onto the small ledge on the upwards pipe. 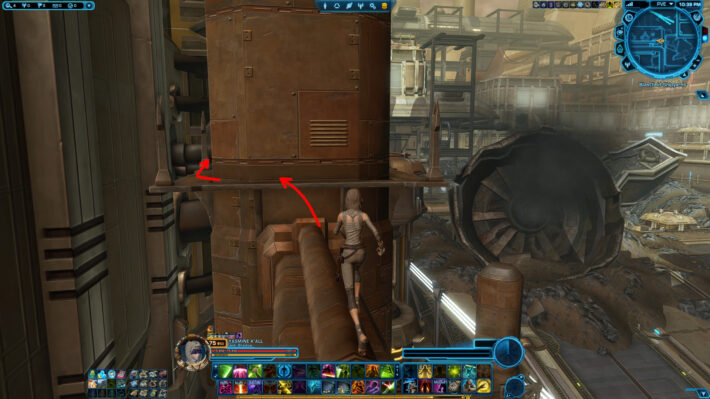 You can go to either left or right here, although I found the jump from the right side easier. 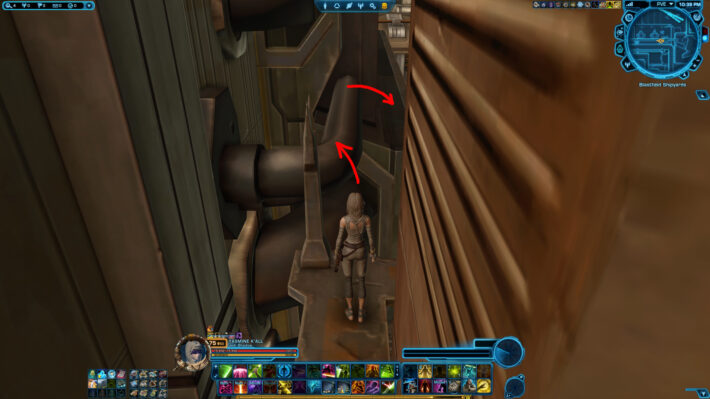 From the ledge jump onto the small pipes, then continue on the small ledge below the pipe. 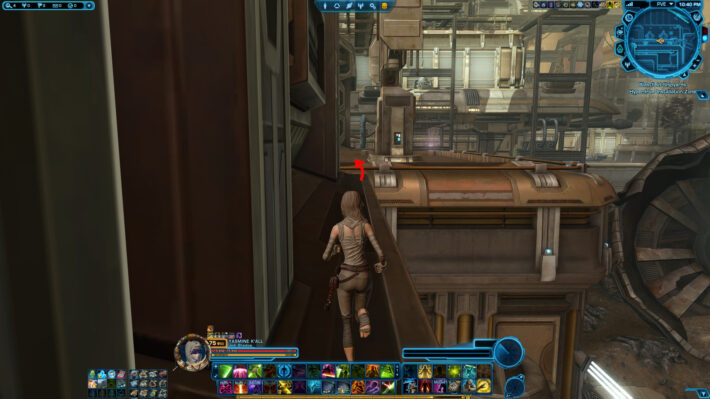 At the end of the ledge, climb onto the last small set of pipes to reach the platform straight ahead. 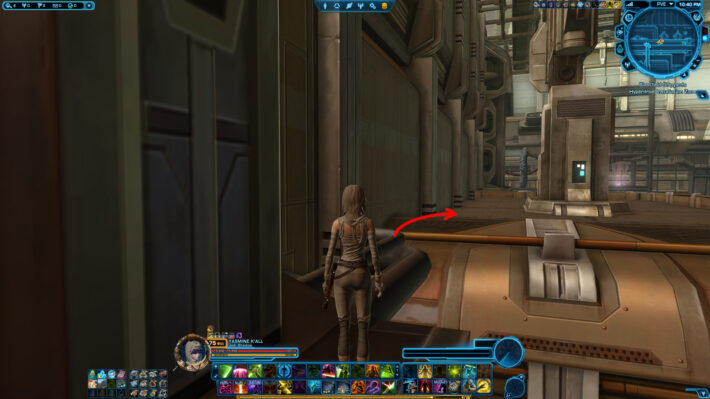 From the platform, jump down onto the overhang below. 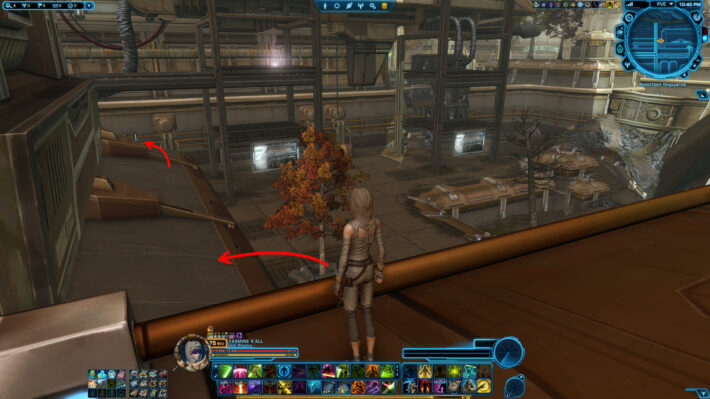 Follow the overhang to the left until you reach a beam. 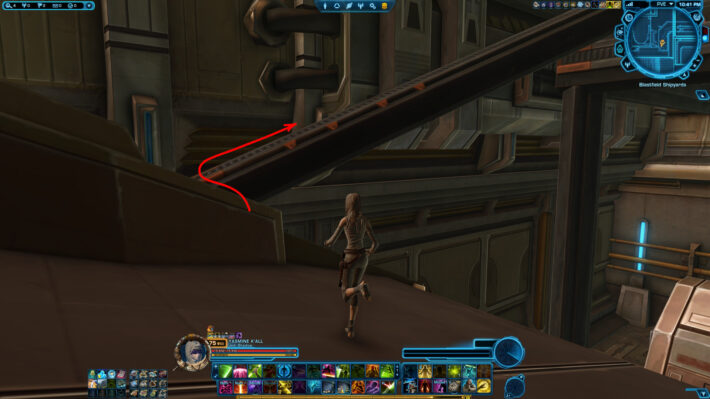 Climb the beam to reach the scaffolding above. 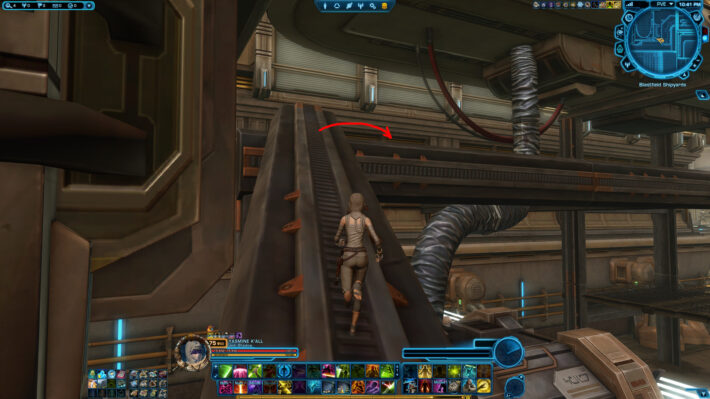 Follow that first beam on the scaffolding to the end. 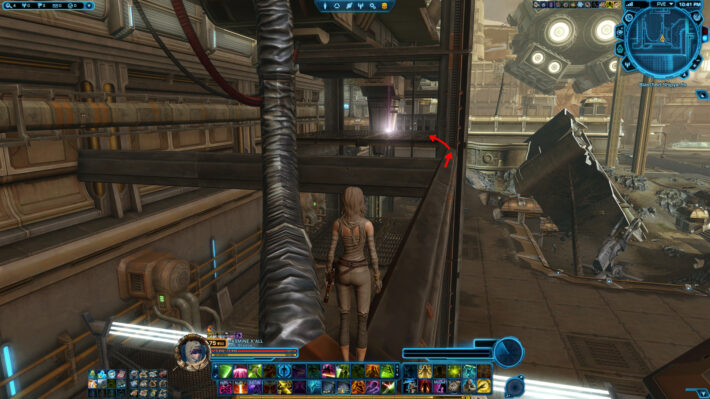 At the end you have to jump onto the platform. Remember to jump from an angle, it will make it easier. 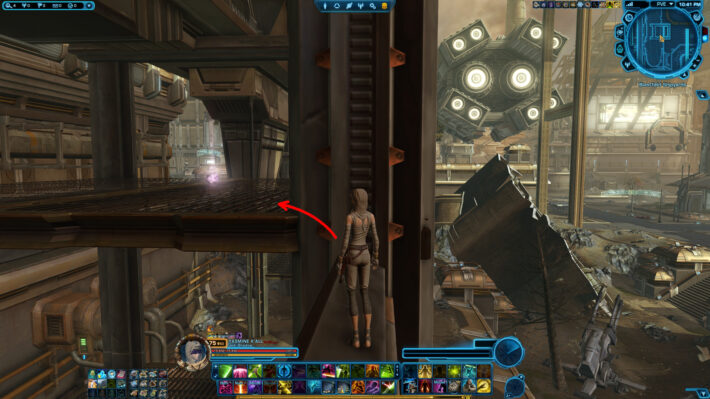 This will grant you Mastery +4 to your permanent stats along with the codex: Galactic History 79: The Conclave at Katarr. 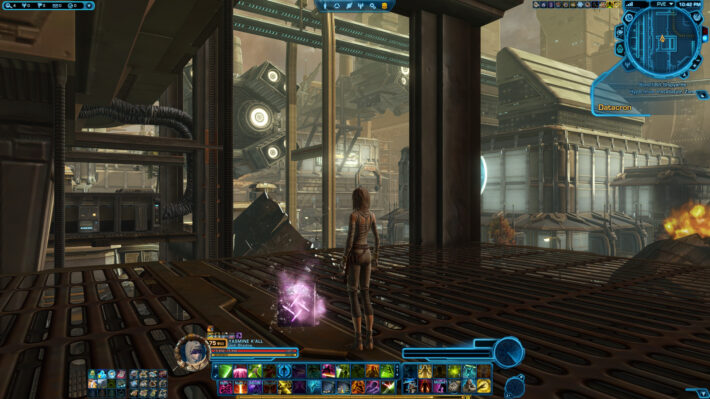