The Endurance Datacron increases the amount of damage you can suffer by increasing your max health. It will grant you Endurance +4 to your permanent stats along with codex: Galactic History 78: The Sith Triumvirate. There are 7 Datacrons in total located on the planet of Corellia.

This Datacron is located on the second floor of a broken building in the Government District.
This looks like a Blue Mastery, because it is what it used to count towards. In your Datacron tab in your Legacy, it counts as Endurance, although the Exploration achievement under Corellia still states Blue Mastery. 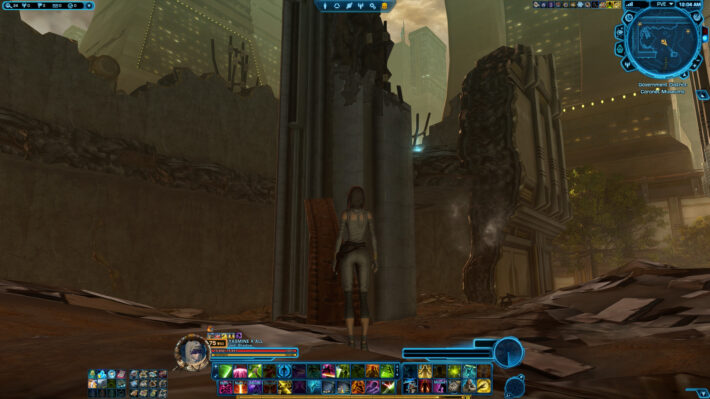 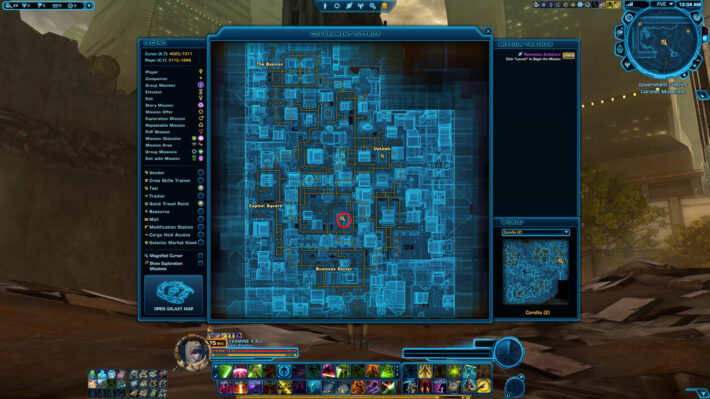 Use the broken debris to reach the cylinder moving slowly up and down, to catch it when it's on its way down. 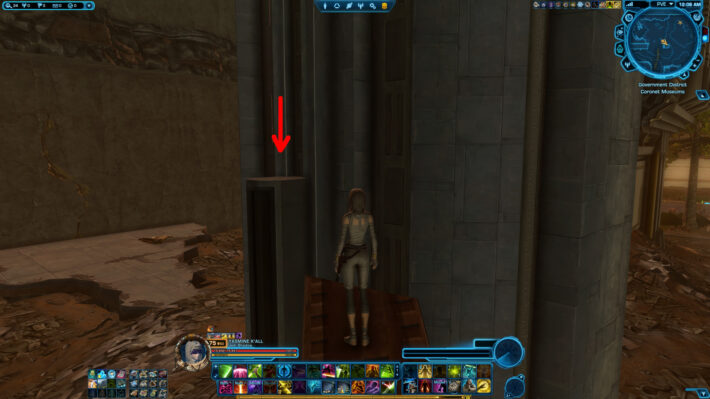 Now relax until you reach the top. 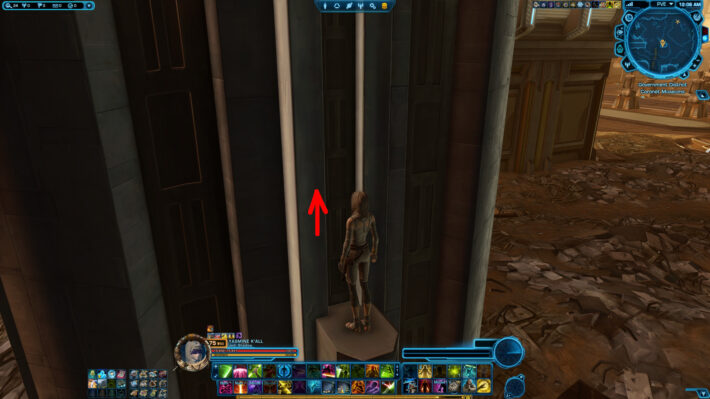 At the top climb onto the small ledge and move around the clickable barrel. Do not click it yet, you will need it. 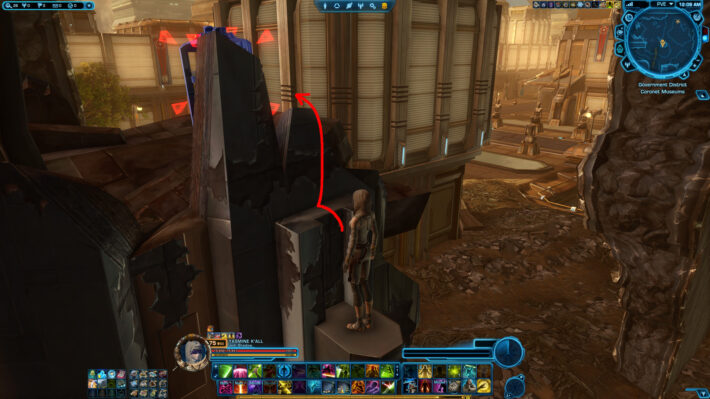 Position yourself between the barrel and the ledge on which the Datacron is located. 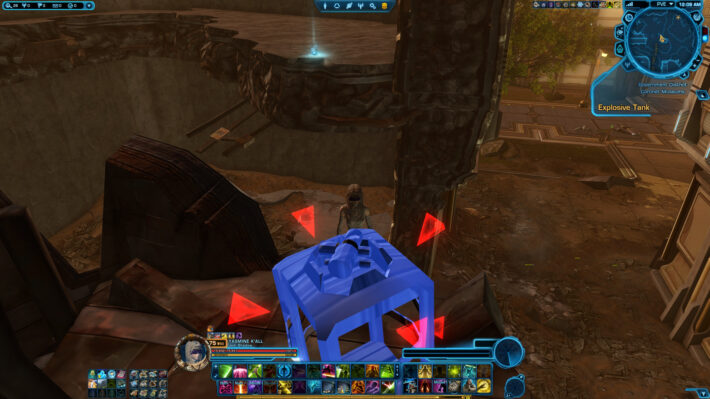 Now click it, which will cause an explosion that will jettison you to the other side where the Datacron is located. 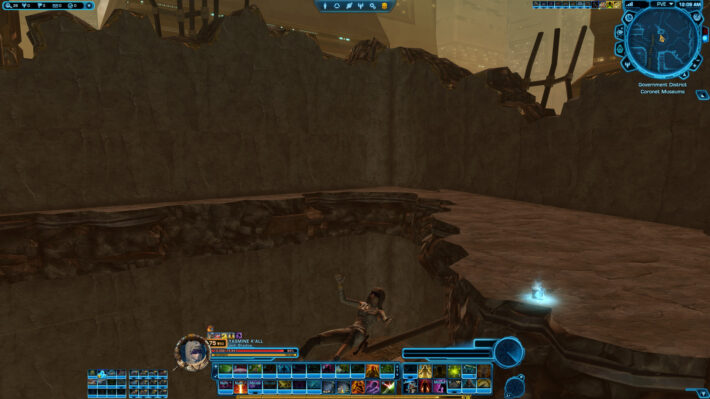 This will grant you Endurance +4 to your permanent stats along with the codex: Galactic History 78: The Sith Triumvirate. 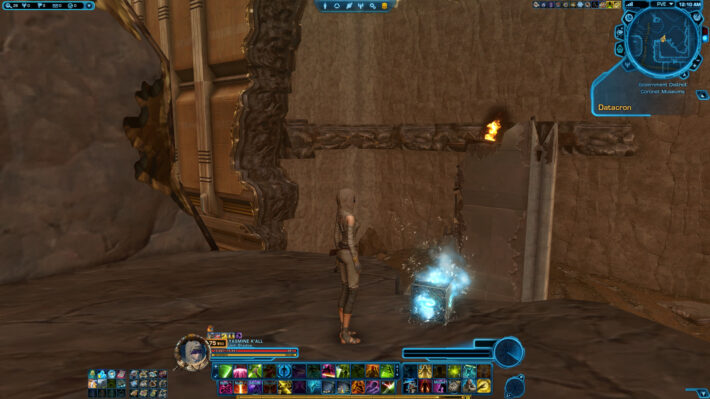