The Orange Mastery Datacron increases your aptitude in combat, allowing you to do more damage. It will grant you Mastery +4 to your permanent stats along with codex: Galactic History 81: The Battle of Telos Four. There are 7 Datacrons in total located on the planet of Corellia.

This Datacron is located inside a broken corridor in Labour Valley. 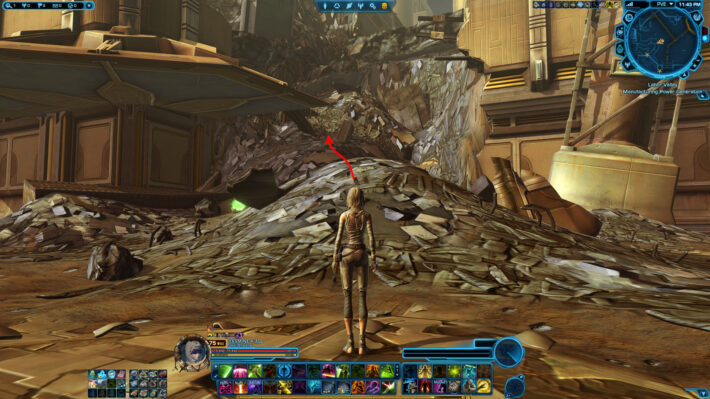 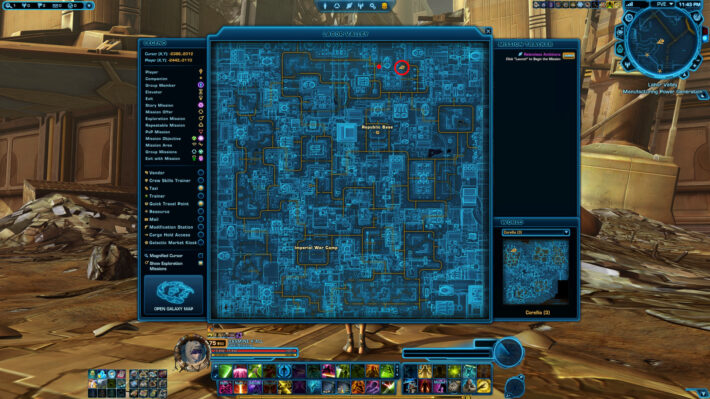 Climb the heap of rubble to reach the overhang on the left. 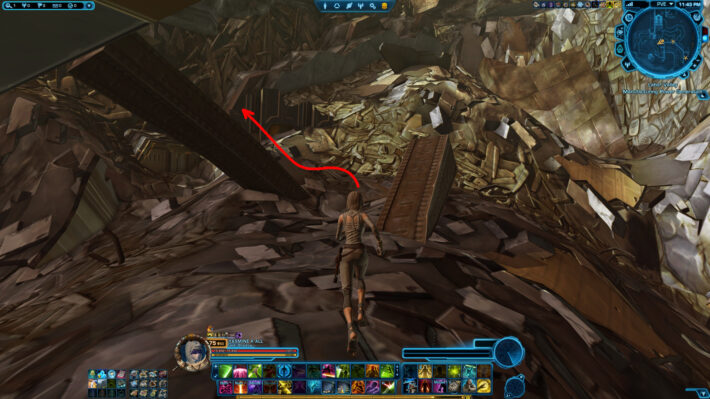 Climb the beam to be able to jump onto the overhang.

Follow the overhang all the way around until you reach the other side of the building where you come across a bunch of broken pipes. 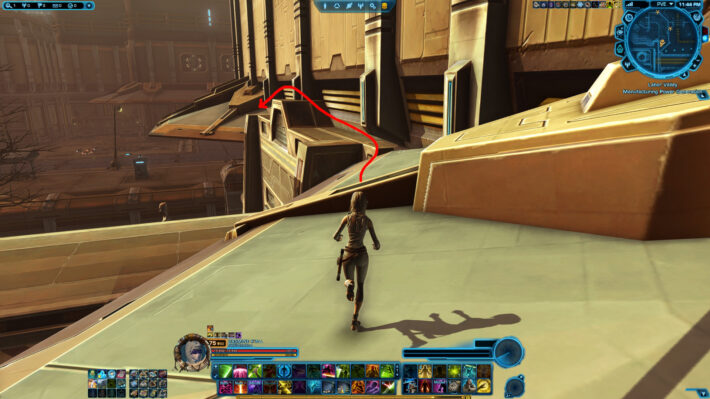 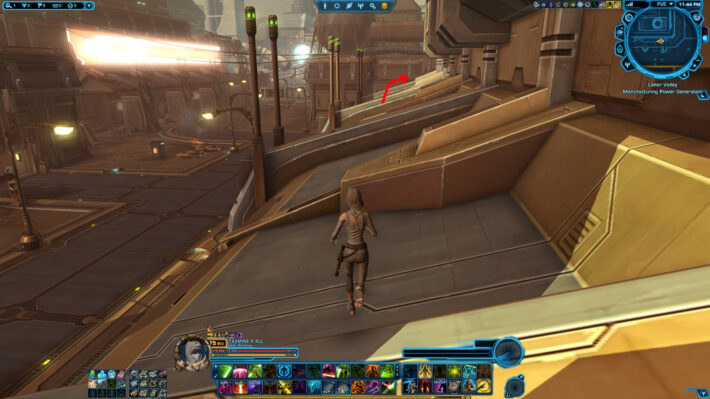 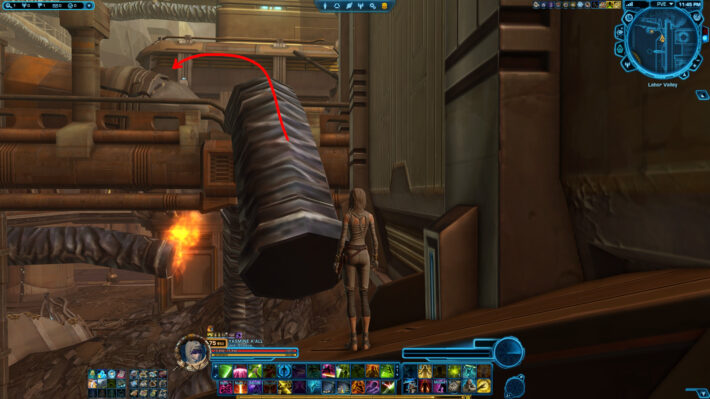 At the top of the pipe turn left and jump onto the broken structure. 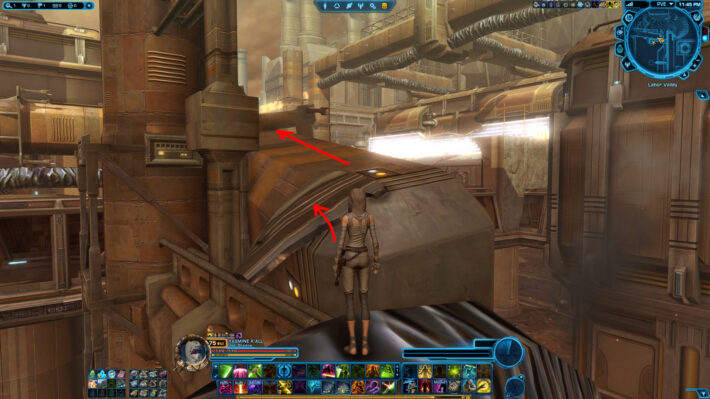 Climb it until you reach approximately halfway. 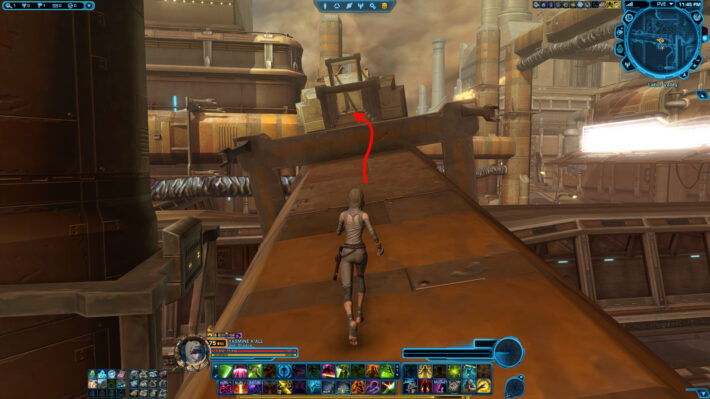 Halfway, turn right and look down before jumping. Aim for the slim pipes below. I recommend jumping instead of walking off, because you might slide off to the wrong side. 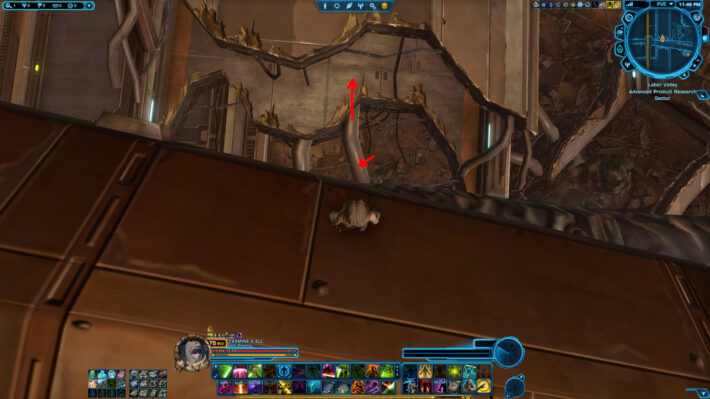 From the pipe, carefully jump onto the floor of the broken corridor, and climb the containers at the end to reah the Datacron. 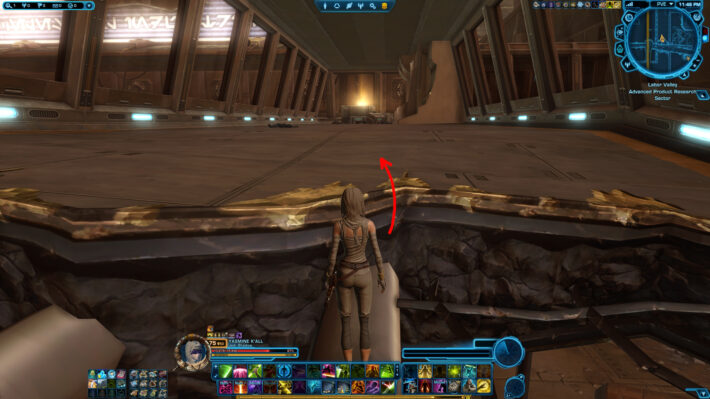 This will grant you Mastery +4 to your permanent stats along with the codex: Galactic History 81: The Battle of Telos Four. 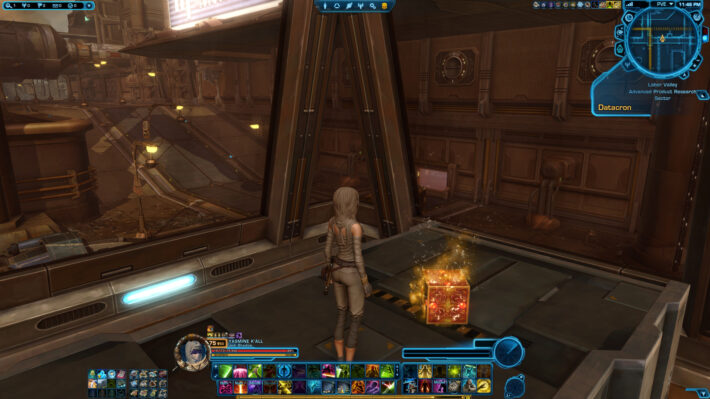