The Yellow Matrix Shards are remnant relics of the Infinite Empire and no longer useful. Once they were used to create your first relics at the game's launch. Now it's simply part of the Datacron Master Achievement along with codex: Galactic History 06: The Infinite Empire Collapses. There are 5 Datacrons in total located on the planet of Coruscant.

This Datacron is located in the Works. It's a little bit tricky to get to and you have to climb a bunch of pipes. You start by climbing the stack of crates to get up to the first pipe. 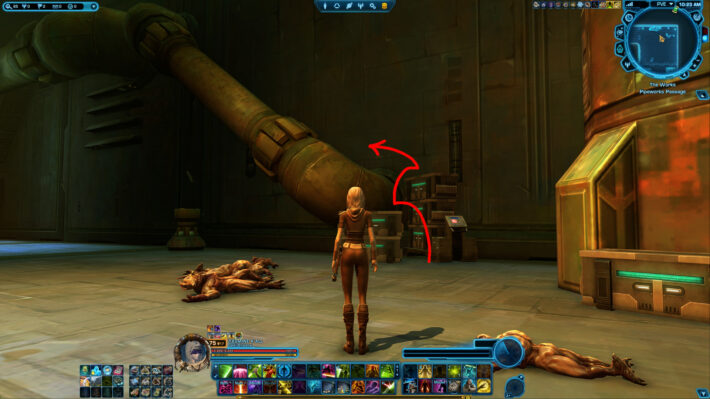 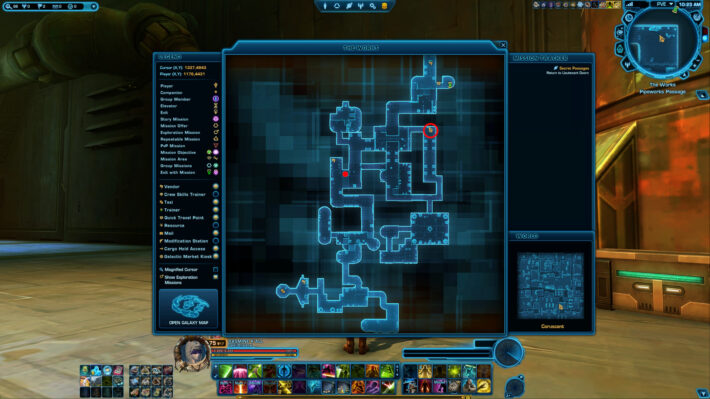 When you get to the top of the pipe, you have to jump to the next one. (Mind the gap) 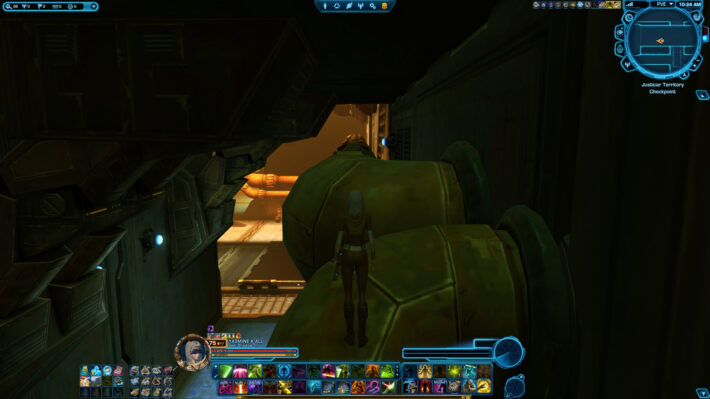 At the end of this pipe you have to jump down to the next section. I recommend to jump, since gliding off can cause your character to land slightly to either side and therefore glide off the next one and fall to the ground. 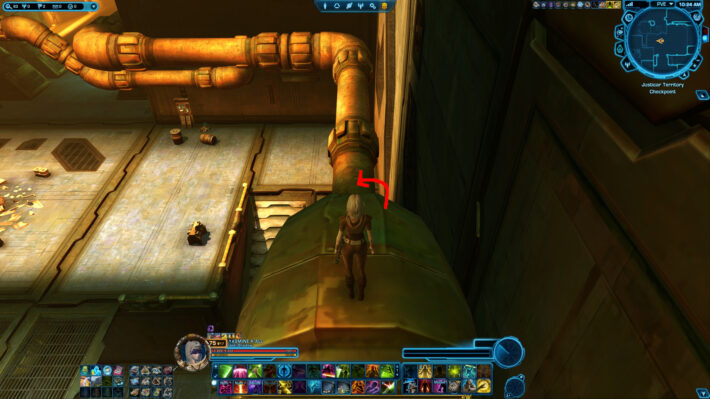 Follow this section until you reach a new slimmer pipe running below and jump to this one. The jump here is a bit awkward, so take it slowly.When you land on the slimmer pipe you are on an upward angle. Walk until your character can't move further. Now jump first, then move forward a bit at a time until you reach the top. Then follow the slim pipe around until it ends. 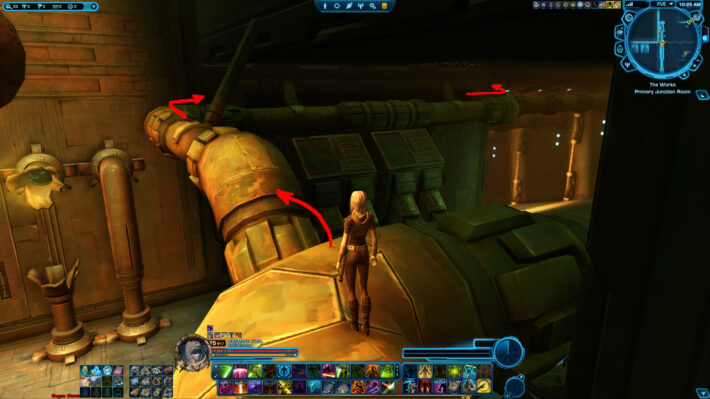 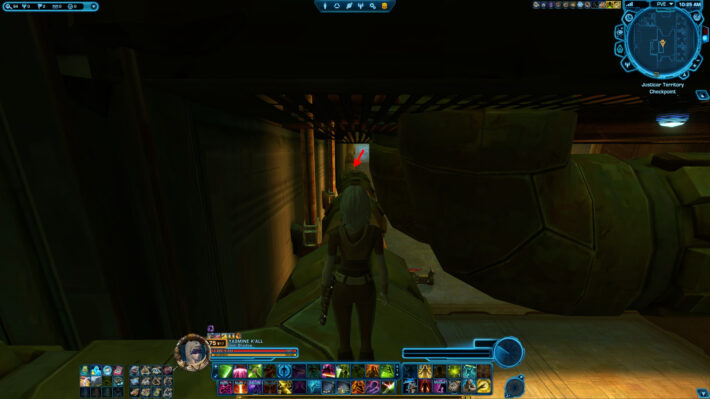 At the end of this pipe you have to jump to the next one. I recommend a running jump. 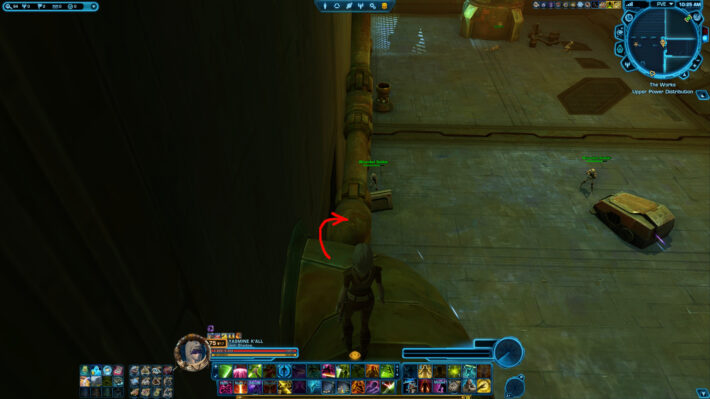 Follow this pipe until you reach another one and jump on top of that one. I recommend a running jump, but stay close to the wall to the left to mitigate as much as you can of falling off. Get to the top of the new pipe and jump to the last one that leads upwards to a platform. 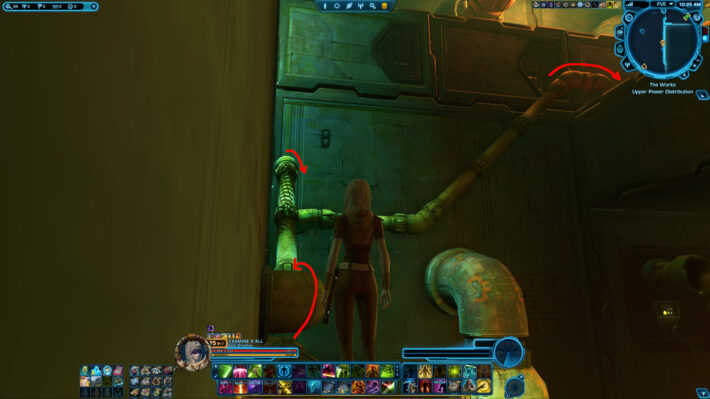 When you get to the platform you have to jump to one last pipe to the right to reach the platform where the Datacron is located. 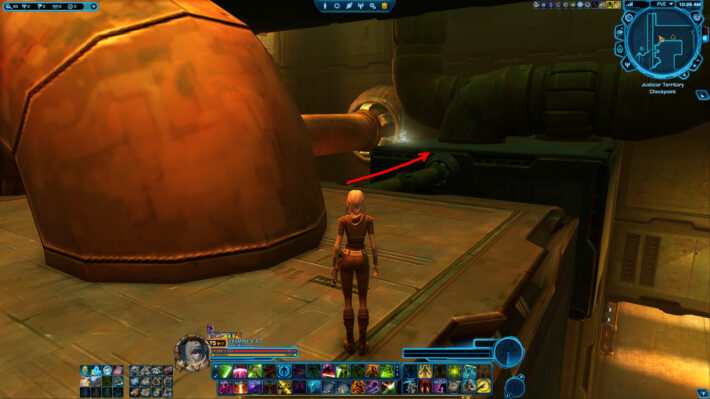 This will grant you a Yellow Matrix Shard, which is no longer useful, but is simply part of the Legacy achievement towards Datacron Master, along with the codex: Galactic History 06: The Infinite Empire Collapses. 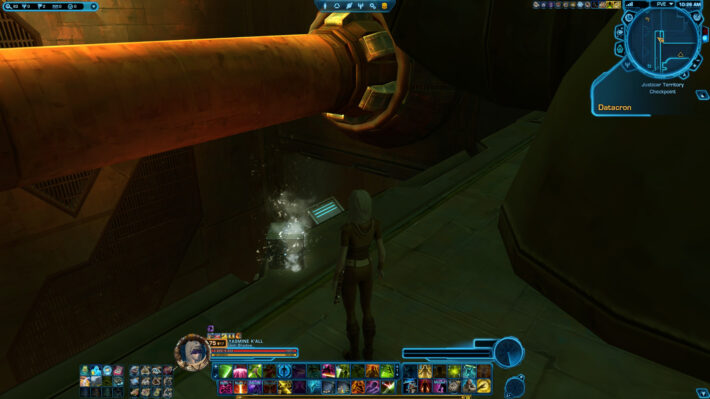