The Endurance Datacron increases the amount of damage you can suffer by increasing your max health. It will grant you Endurance +2 to your permanent stats along with codex: Galactic History 04: King Adas. There are 5 Datacrons in total located on the planet of Coruscant.

This Datacron is located on a walkway above Graffiti Square in the Black Sun Territory. This involves a jumping puzzle. You start behind some containers in the upper left corner by climbing the barrels. 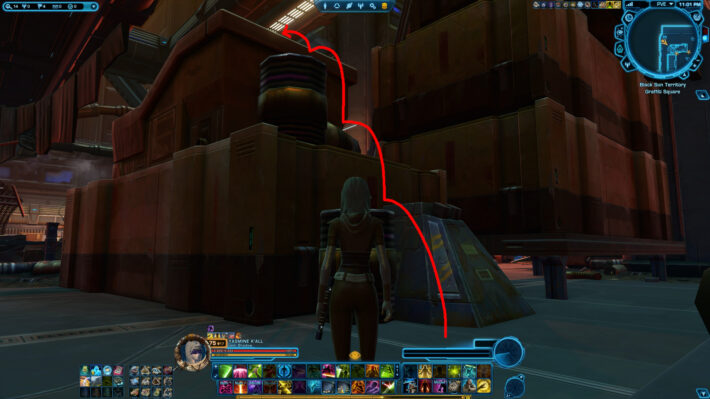 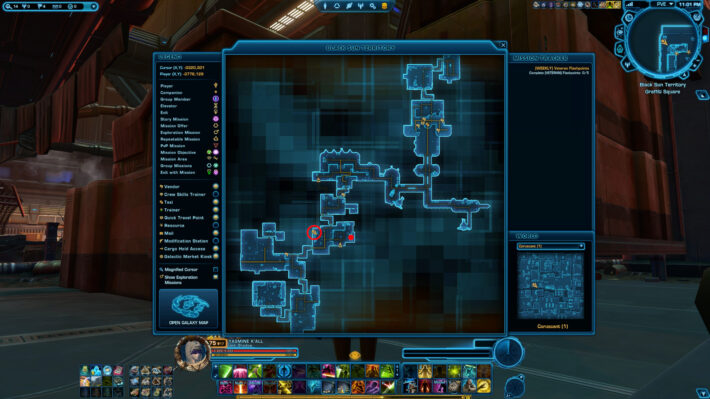 As you get on top of the ledge of the garbage container, you have to jump to the stacked containers to the right, then the small stack of barrels to get all the way to the top container. 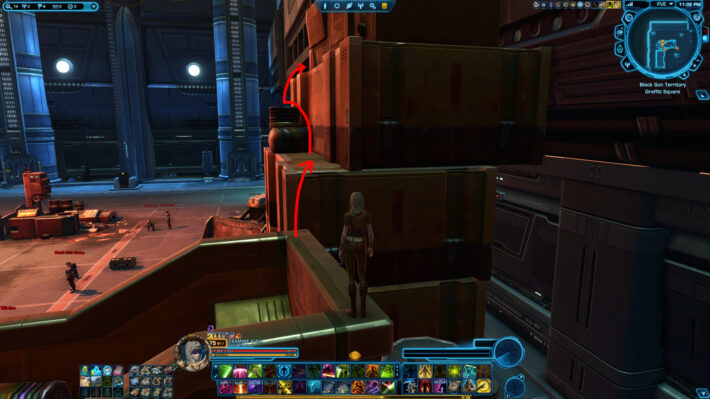 Use the tipped-over barrel to jump to a smaller container inside the garbage container on top to reach another set of barrels. 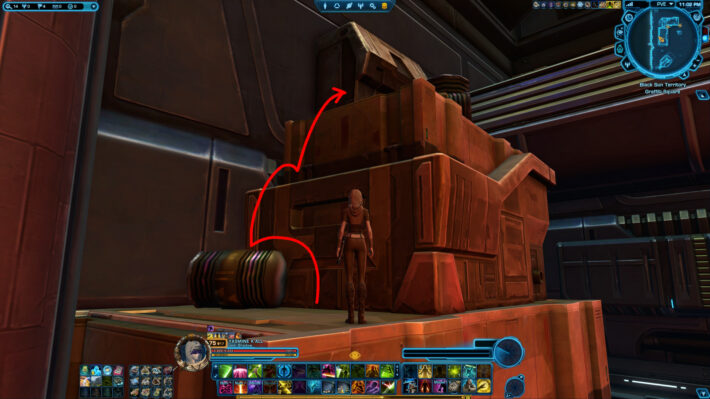 Jump to the right side of the wall mounted thingy with the narrow pipes. The pipes are your path up to the walkway. 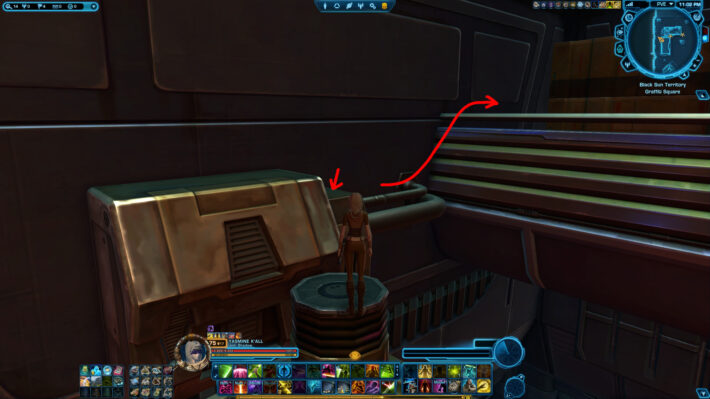 Once you reach the walkway, run to the end and jump onto the broken pipe to reach the other walkway on the other side. 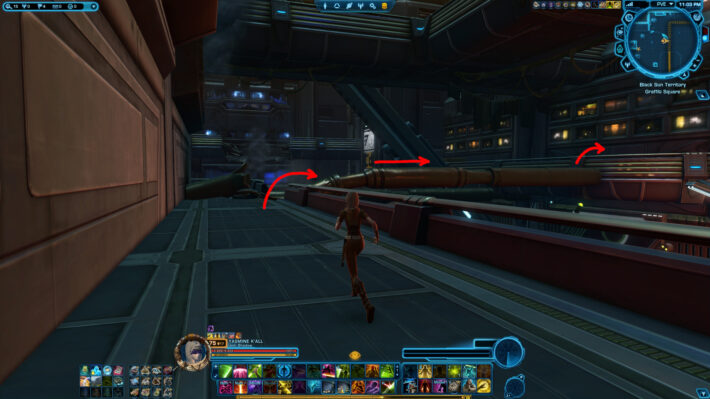 From the new walkway, move to the left and jump to the next set of pipes below onto the old walkway on the other side again. 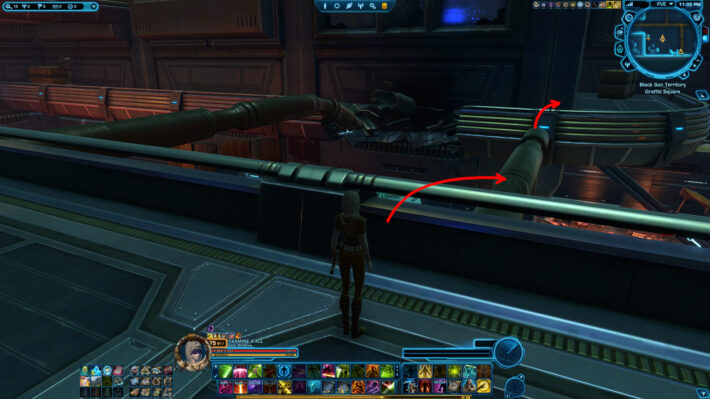 When you get to the crates, you have to jump onto the sign to the right, below the walkway. I recommend using a running jump to reach out to the middle of the sign, otherwise you might get stuck if you glide down into the gap between the sign and the walkway.
Use the sign to jump to the lower walkway and run to the right to reach your destination. 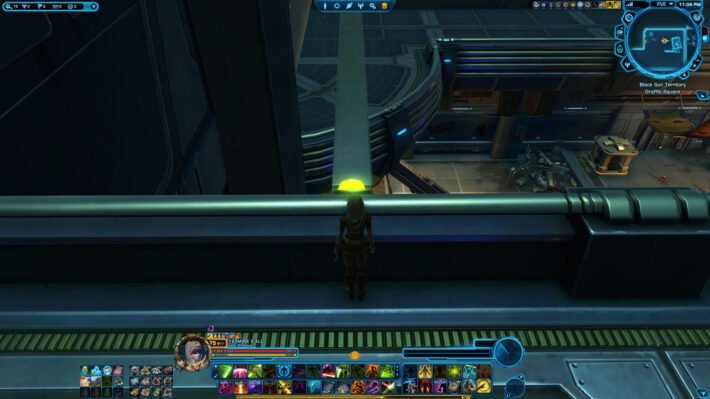 This will grant you Endurance +2 to your permanent stats along with the codex: Galactic History 04: King Adas.