The Red Mastery Datacron increases your aptitude in combat, allowing you to do more damage. It will grant you Mastery +2 to your permanent stats along with codex: Galactic History 07: The First Spaceflights. There are 5 Datacrons in total located on the planet of Coruscant.

This Datacron is located on the broken second floor of the ruined Jedi Temple. Your starting point is a massive broken pillar on the left side of the room that leads to the second floor. 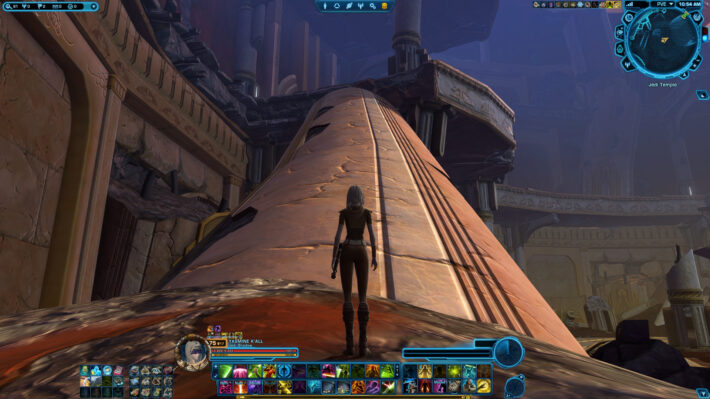 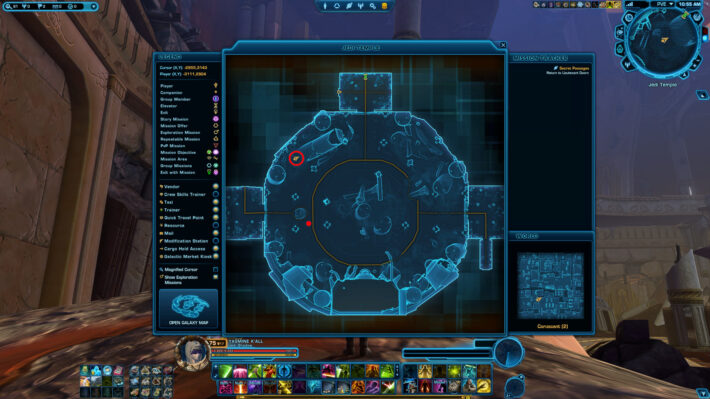 When you reach the second floor, turn left and follow the narrow path that leads to a broken platform with a Champion NPC called Dark Sith Anev Xydes, who is part of the Coruscant's Most Wanted achievement. 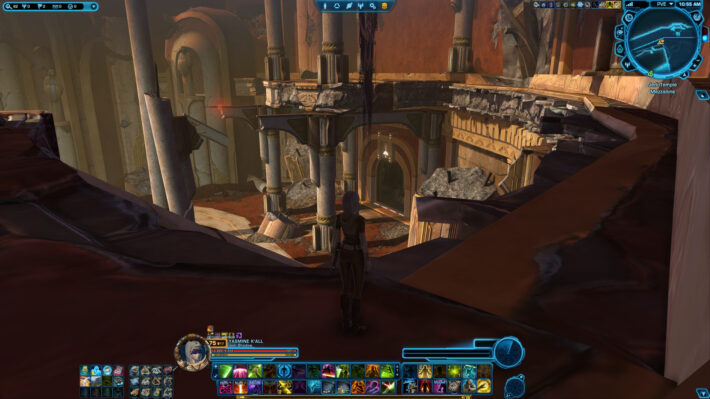 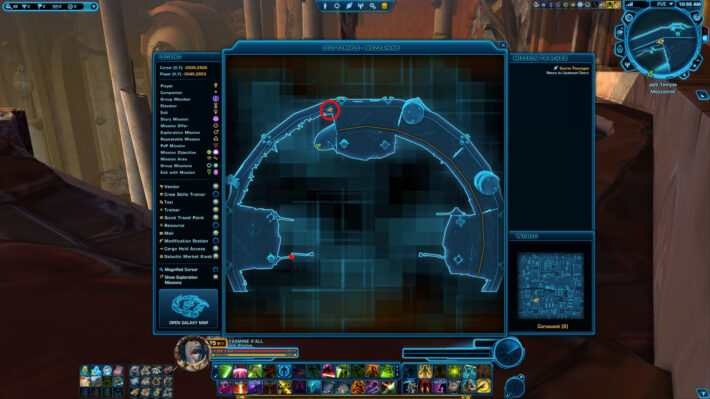 You can easily run around the Champion NPC and run to the upright pillar to the right of this NPC. 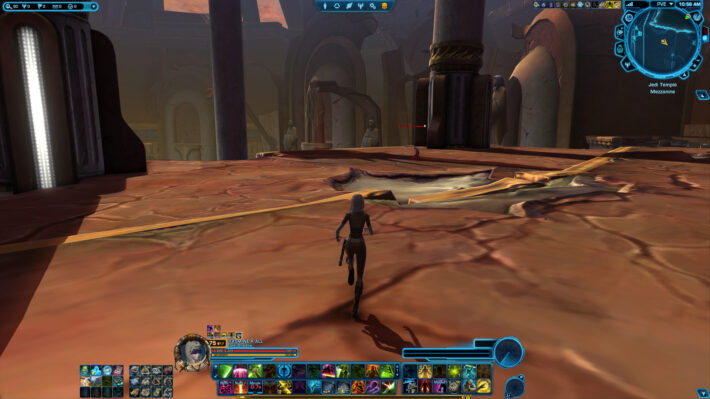 When you get to the edge you can see the Datacron on a broken beam. Make sure to angle yourself correctly, so you don't jump too far to either side. 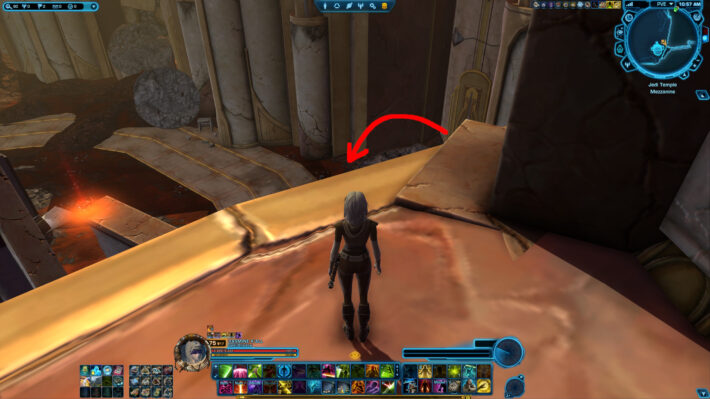 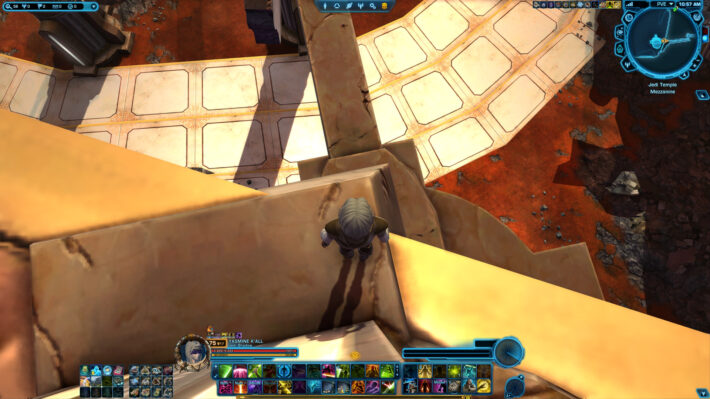 This will grant you Mastery +2 to your permanent stats along with codex: Galactic History 07: The First Spaceflights. 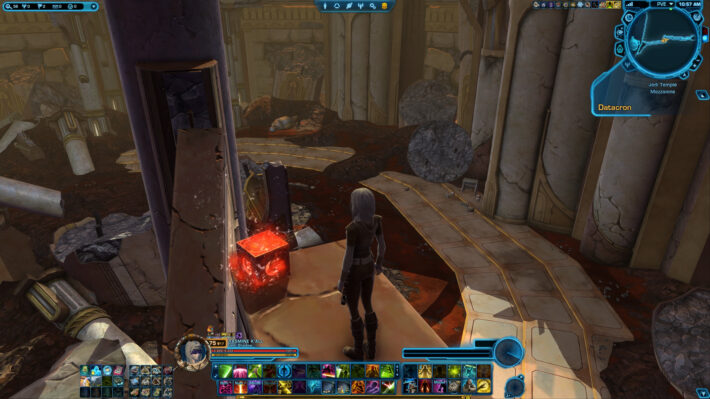