The Orange Mastery Datacron increases your aptitude in combat, allowing you to do more damage. It will grant you Mastery +4 to your permanent stats along with codex: Galactic History 56: The Brotherhood of the Sith. There are 5 Datacrons in total located on the planet of Balmorra.

This Datacron is located in the lower levels of the Okara Droid Factory in the Markaran Plains. This is the exact same as theÂ Imperial Blue Mastery Datacron, so be sure you are on the correct faction. 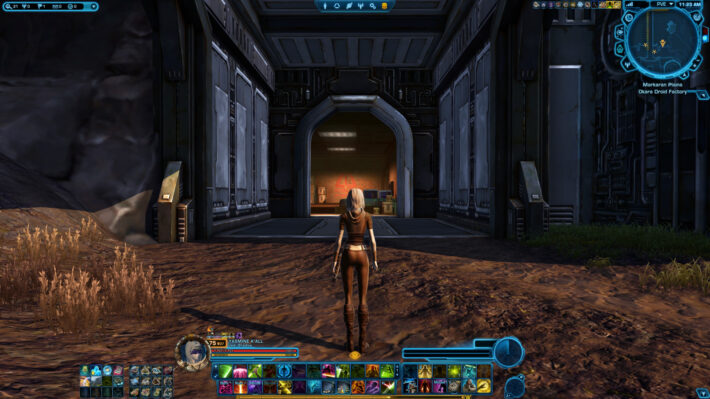 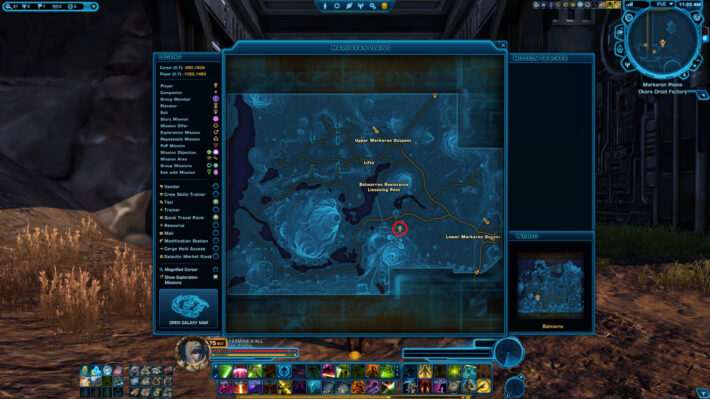 After entering the main factory, turn right (left side on the map) towards the elevator leading to the Assembly Line. 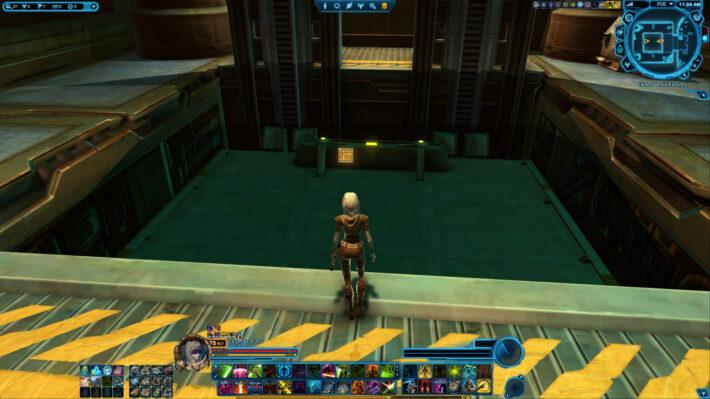 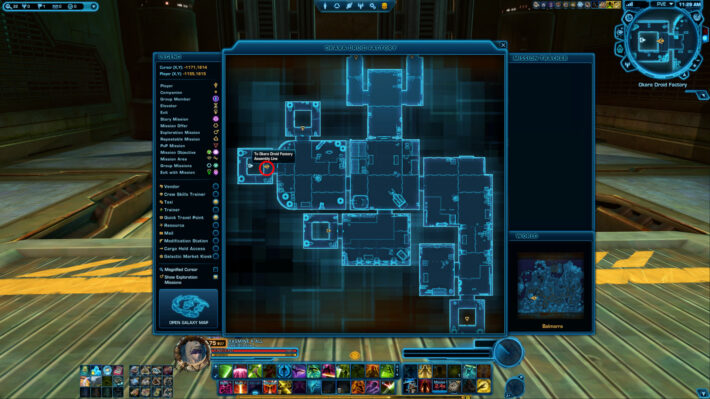 When you reach the large open room with the conveyor belts to your right, jump down between the first two ones. 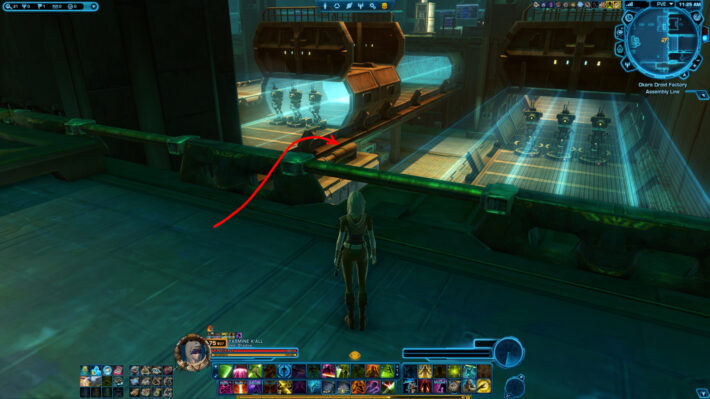 Underneath the second conveyor belt is an opening with pipes leading down to the lower levels. 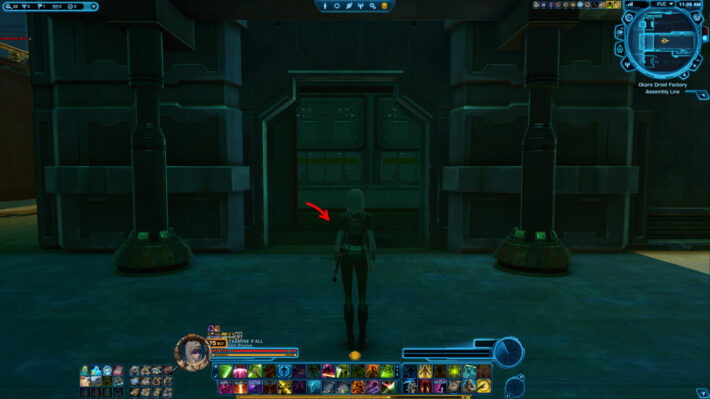 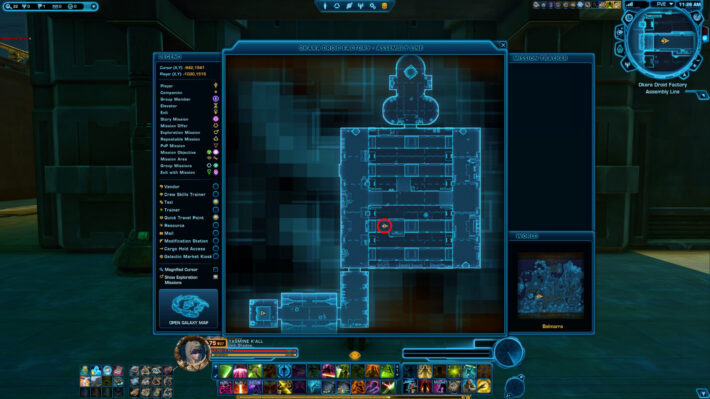 You will see the Datacron directly below on a pipe quite far down. I recommend disabling sprint (you can right-click the icon on your buff bar) to make it less likely to jump off too far. Align your character parallel to the edge and move forward slowly with a slight angle towards the first pipe. 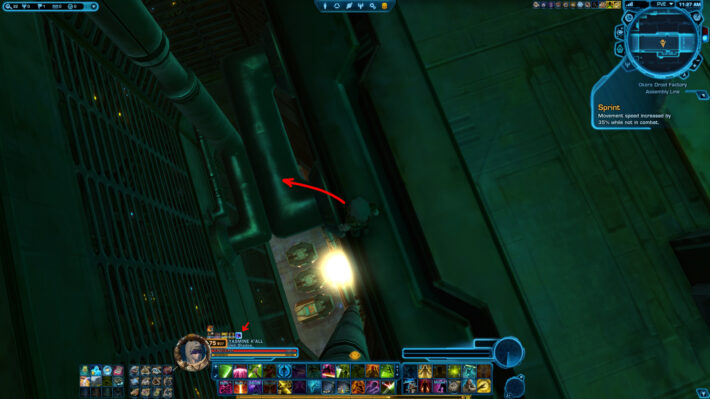 From this pipe walk directly backwards to land precisely on the pipe below. 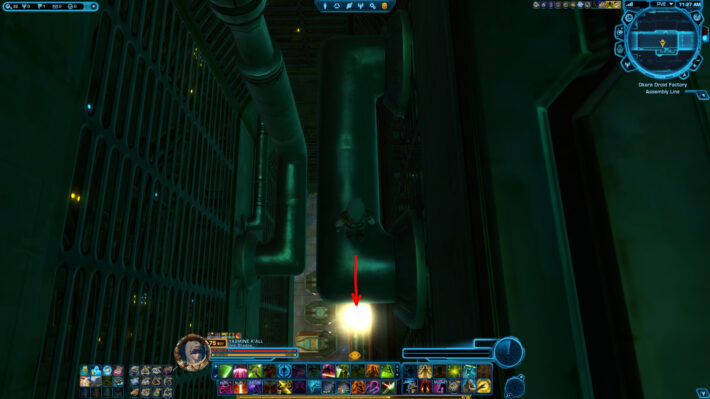 This will grant you Mastery +4 to your permanent stats along with codex: Galactic History 56: The Brotherhood of the Sith. 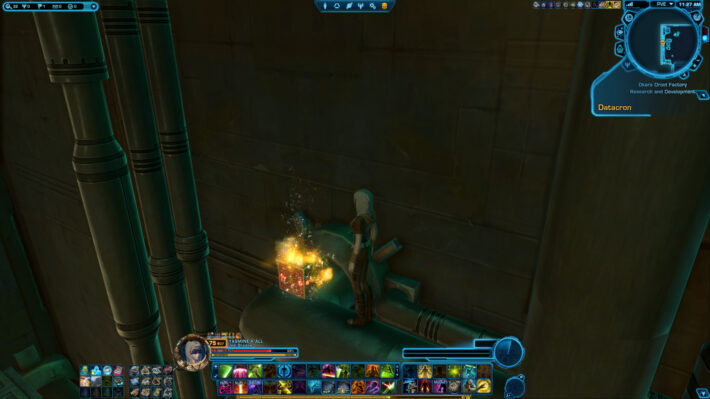