This is a guide on how to initiate the "Three Not So Little Grophets" achievement that are part of the Rishi Datacrons Master achievement in SWTOR.

You have to kill 3 named Champion Grophets in order to salvage their loot - Straugh, Wudd and Breck. The three Grophets spawn at specific locations on Rishi. However, they aren't the only ones spawning at these locations. Weak and strong Grophet NPC's also spawns, and have to be killed in order for a respawn to occur in the hopes it will be the named Champion. 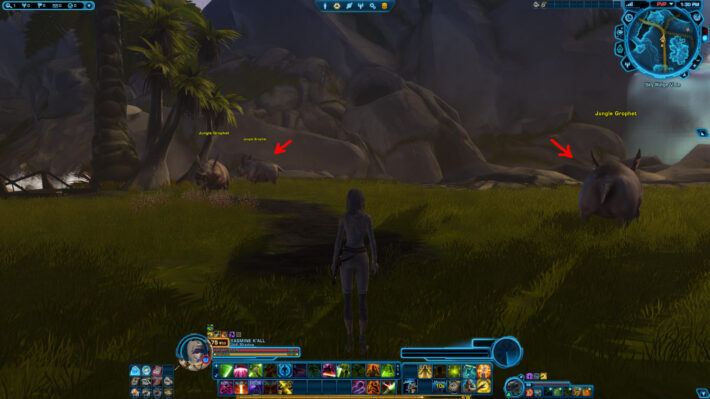 Respawn time approximately every 2 min after a kill. Remember you can also swap instances. 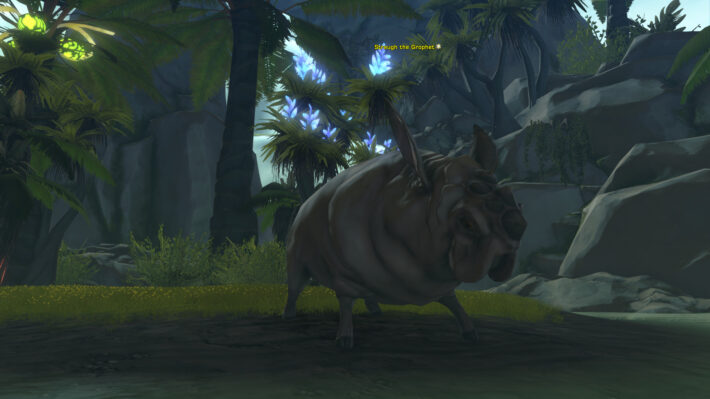 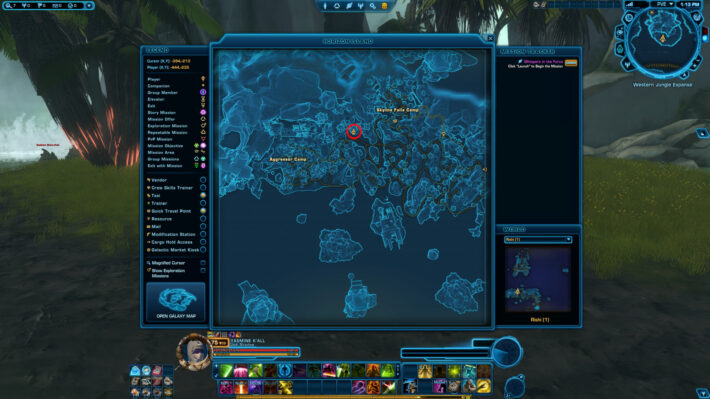 Kill Straugh and loot the Data Packet, which you will need for later. This will complete the achievement "The Last Straugh". 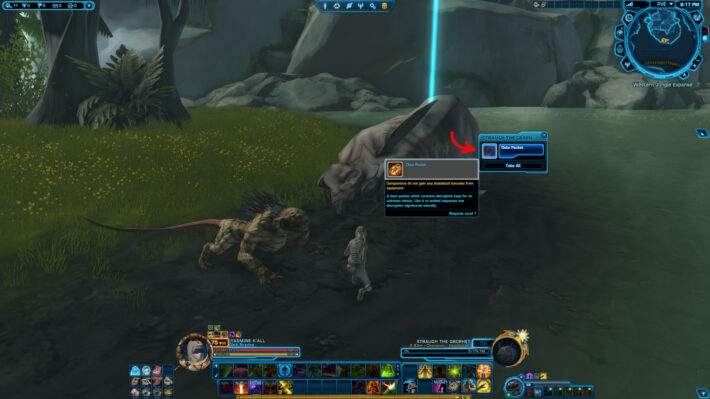 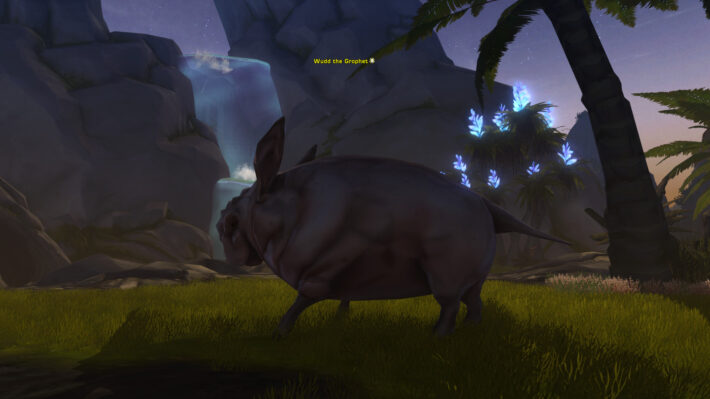 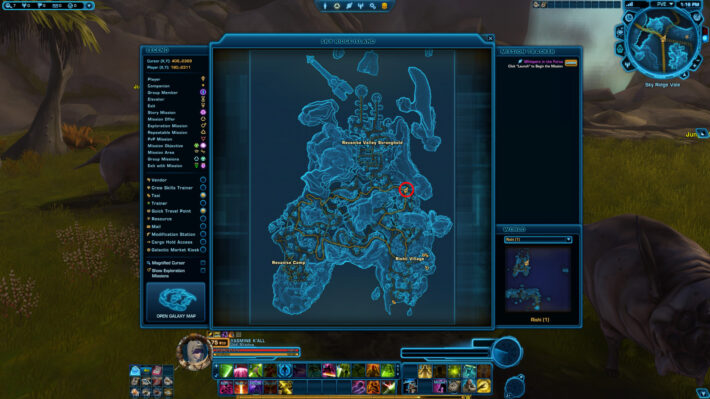 Kill Wudd and loot the Data Packet, which you will need for later. This will complete the achievement "Where's Wudd". 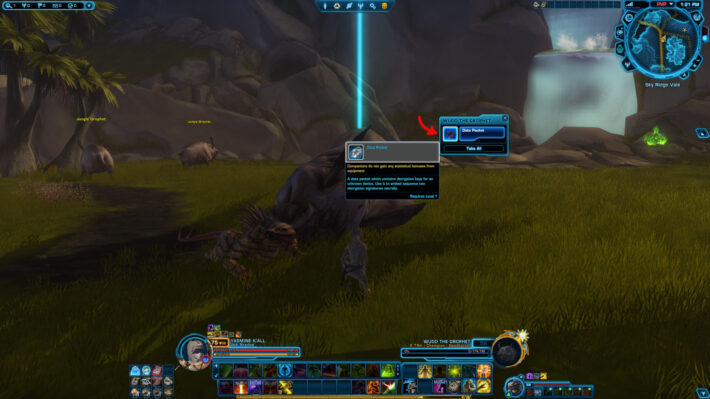 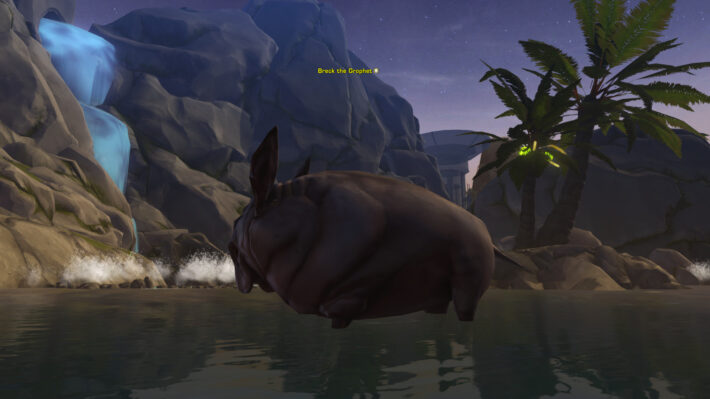 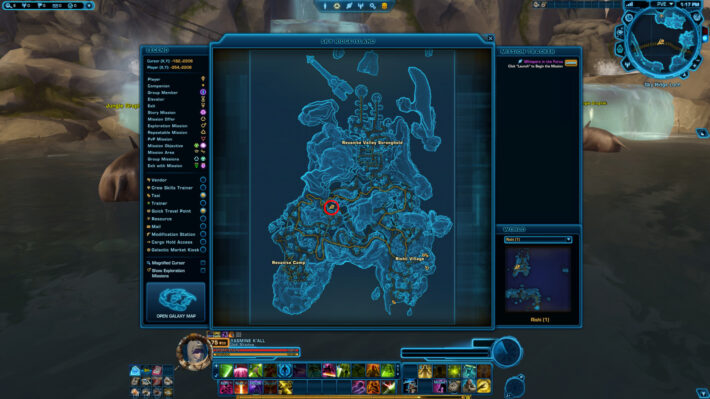 Kill Breck and loot the Data Packet, which you will need for later. This will complete the achievement "A Breck House". 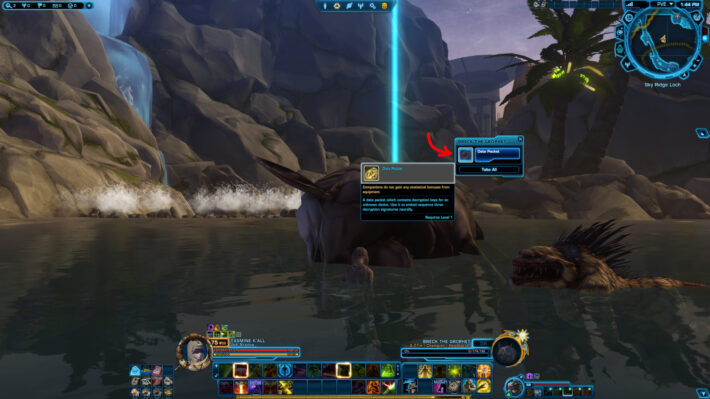 You should now have all 3 Data Packets in your inventory, as well as a new Legacy Title from killing all 3 named Champion Grophets called "The Wolf of Rishi". Now onto part two "Cybernetic Skull". 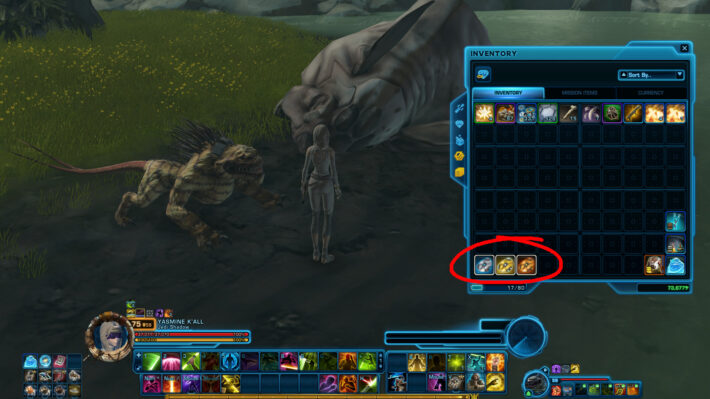