The Blue Mastery Datacron increases your aptitude in combat, allowing you to do more damage. It will grant you Mastery +4 to your permanent stats along with codex: Galactic History 52: Exar Kun Faces Korriban. There are 5 Datacrons in total located on the planet of Taris.

This Datacron is located on a scaffolding in the Republic Mines below the Abandoned Pirate Cave in the Brell Sediment, next to the Sith Warrior instance. 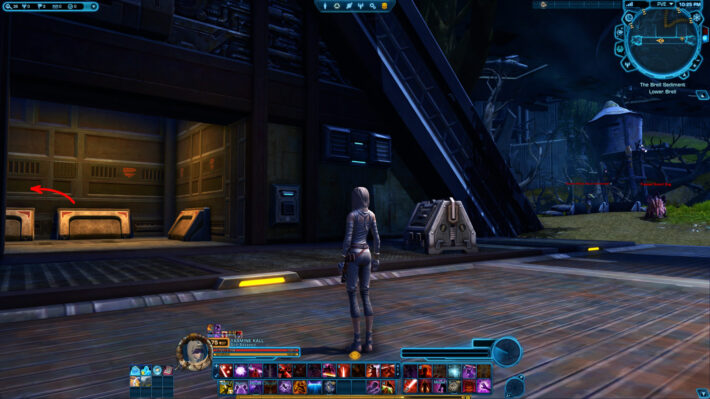 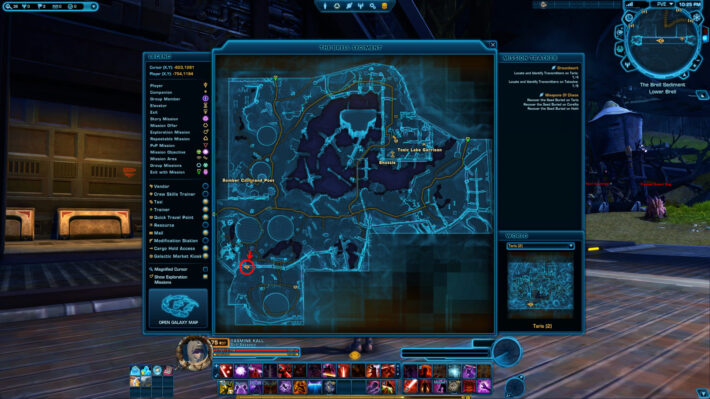 Take the elevator down at the end of the Abandoned Pirate Cove. 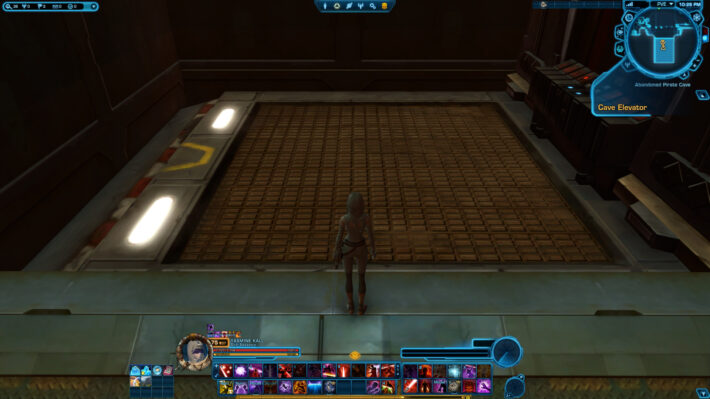 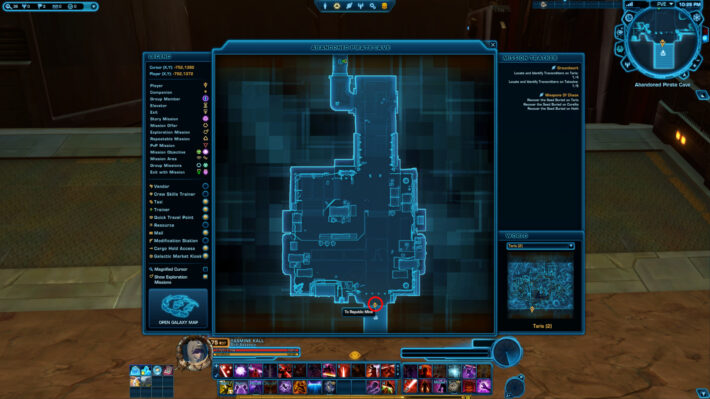 In the large atrium you can see the Datacron on top of the scaffolding. Use the vehicle to the left to start your climb. 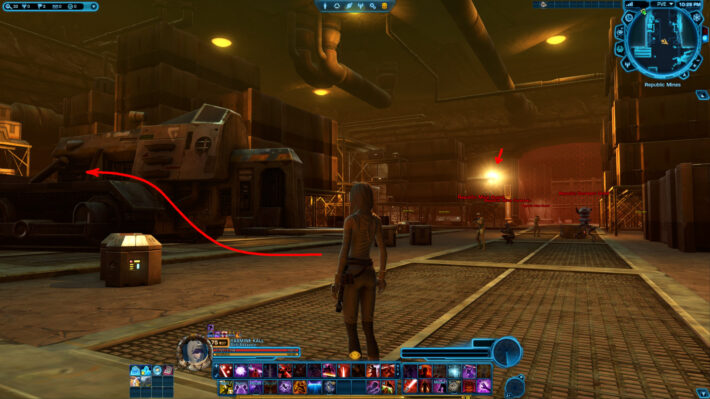 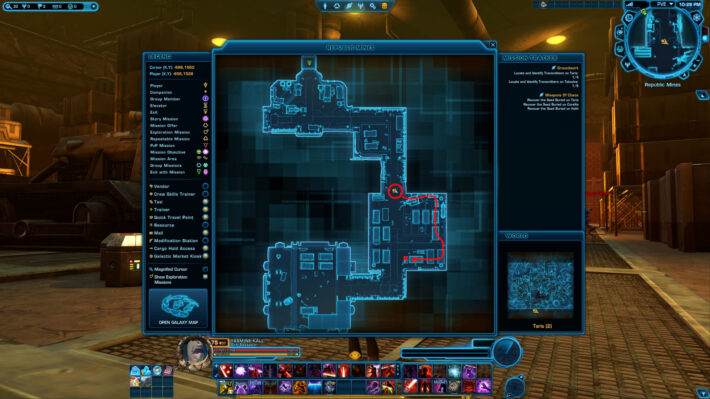 Climb the vehicle on its left side. 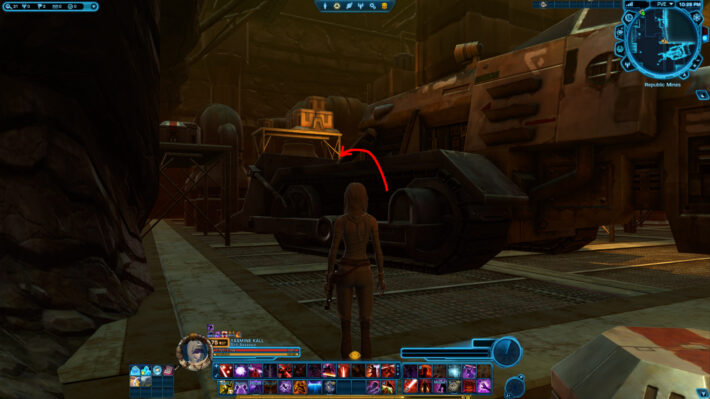 From the "wheel", jump to the scaffolding on the left. Thereâs no need to get onto the plow in front. 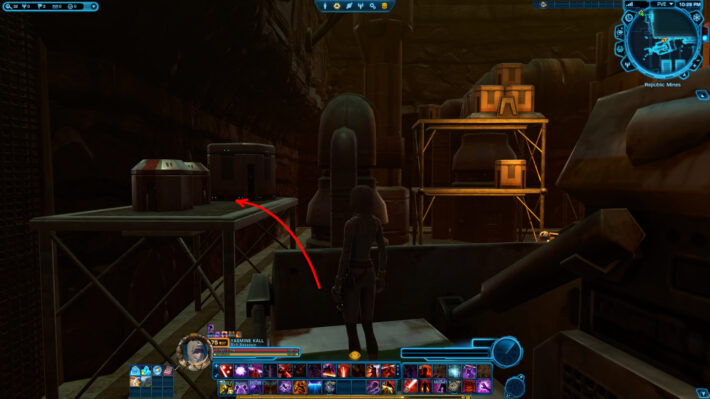 Get on top of the crate and jump to the small pipe attached to the large pipe. I do recommend killing the two enemies below, because they will easily detect you. 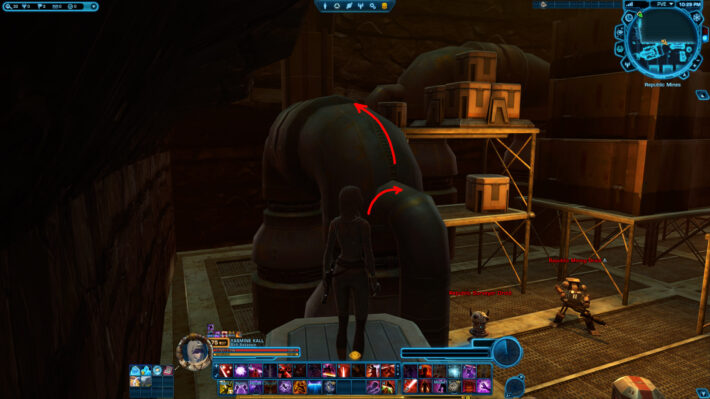 Jump to the next scaffolding on the other side of the large pipe. Be careful with a running jump, you can easily glide off. 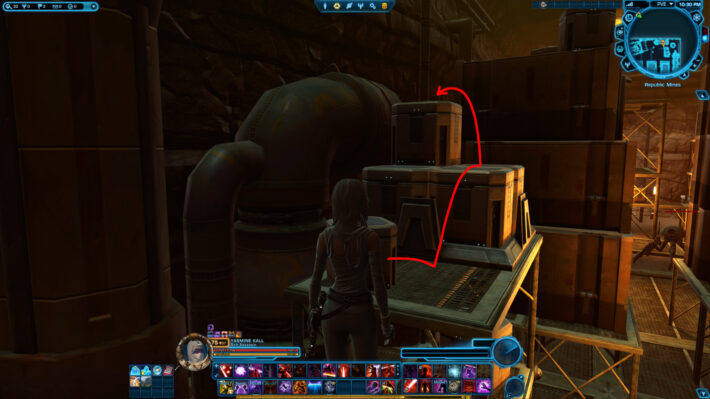 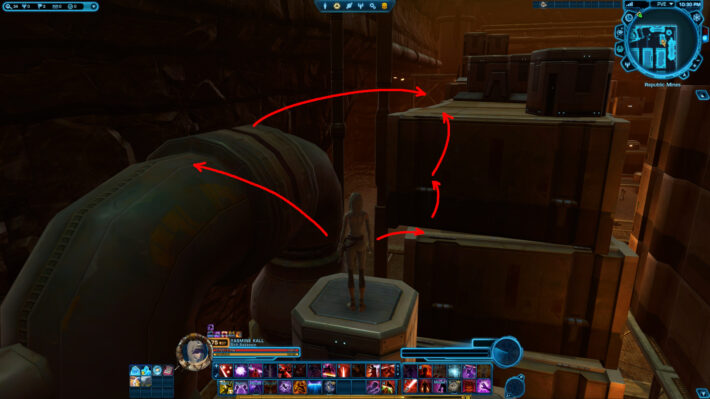 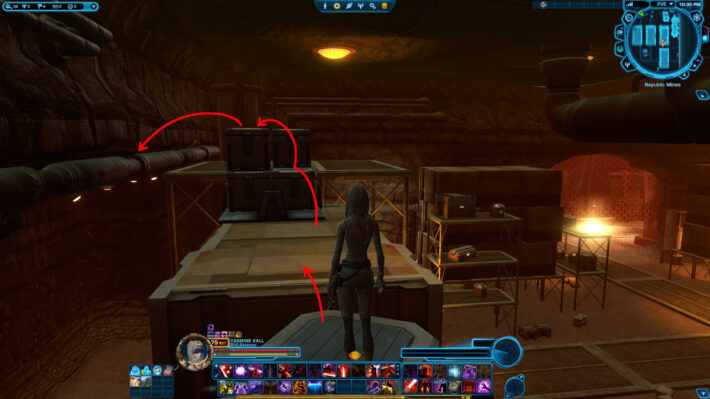 Use the pipe to get to the scaffolding at the end. 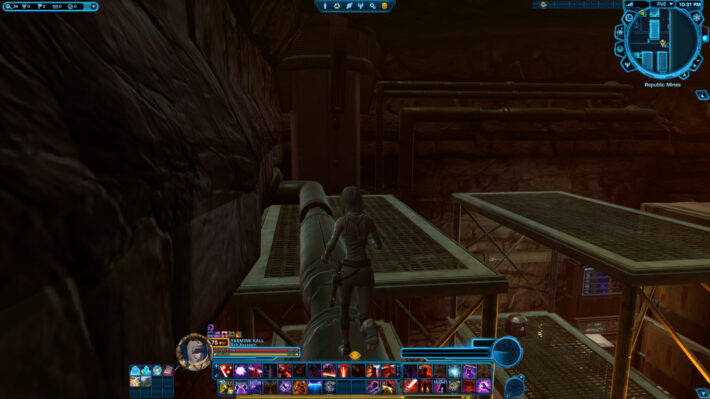 From here on you have to make two big jumps to get to the stacked containers at the end. I highly recommend using Rocket Boots, or at least Force Speed. Rocket Boots last long enough that you can make both the jumps in one go. 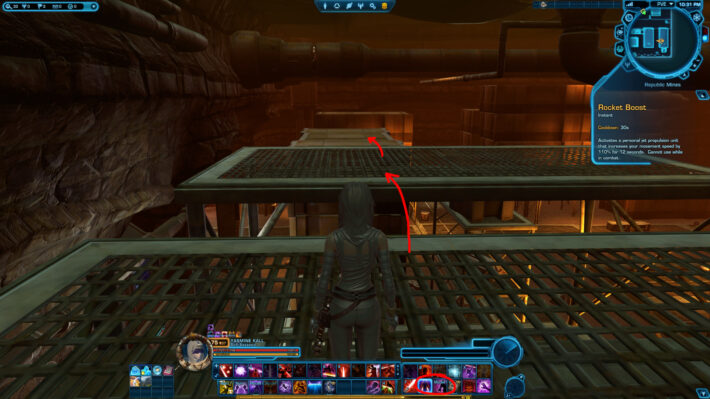 From the containers, simply walk off to the scaffolding below where the Datacron is located, preferably from an angle to be sure you don't overshoot the jump. 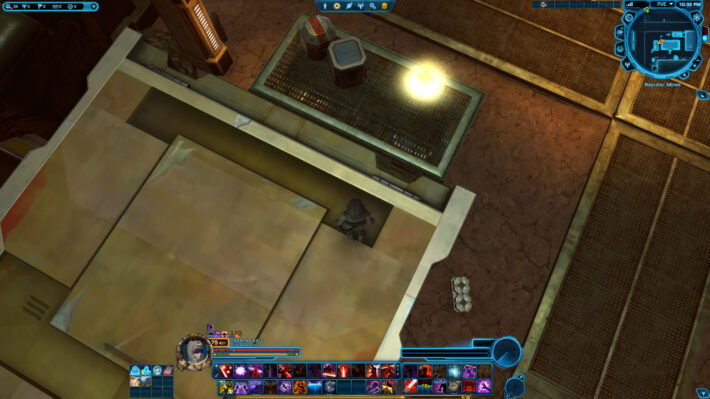 This will grant you Mastery +4 to your permanent stats along with codex: Galactic History 52: Exar Kun Faces Korriban. 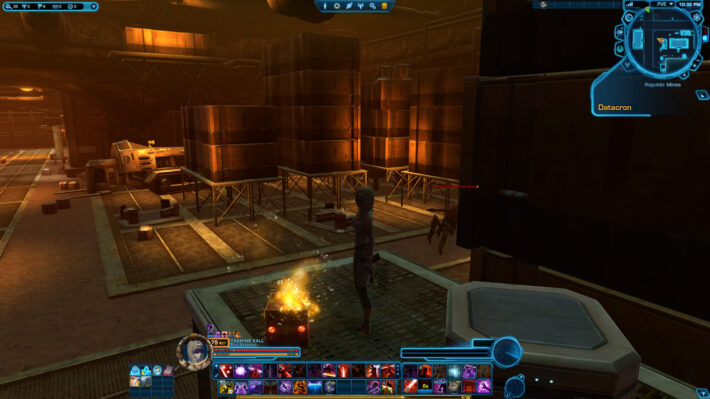