This is a guide on how to initiate the "Relic Hunt: Prototype Missiles" mission that is part of the Ruhnuk Datacron achievement in SWTOR.

After you complete the Critical Storyline from Game Update 7.2 Showdown on Ruhnuk a new series of missions will be made available called Relic Hunt. These Side Quests will enable the possibility for the use of planetary buffs that will both be useful for the Daily Area missions, as well as necessary to be able to reach the Datacron on Ruhnuk.

Pick up Relic Hunt: Prototype Missiles from a Communication Datapad next to the Quick Travel point in Mandalore's Encampment. 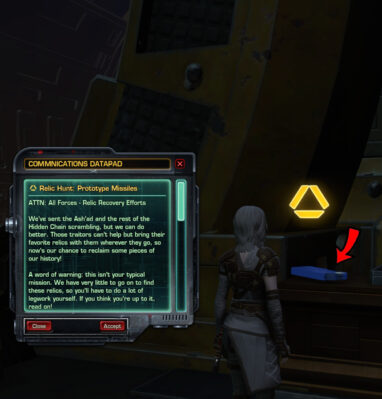 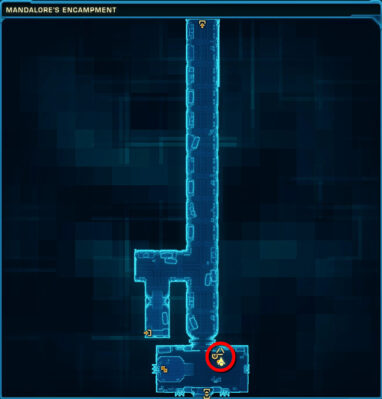 First of, you have to Search for Information on Kaz Denko by defeating members of the Ash'ad on Ruhnuk. This is unfortunately severely RNG based, so you can be very unlucky and have to defeat 100 Ash'ad before one drops an Ash'ad Datapad.
Recommendation: You can find a high number of Ash'ad inside the Reclaimed Mining Facility and in the area around the Excavation Site. 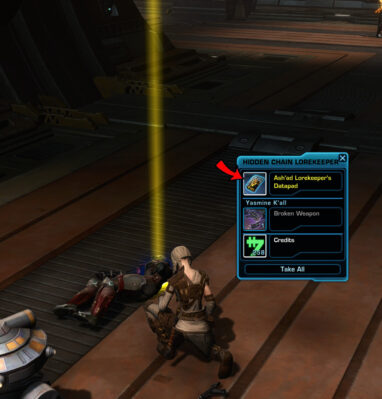 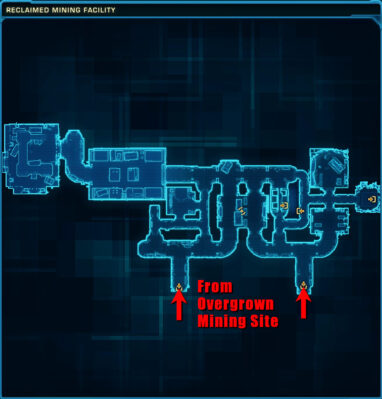 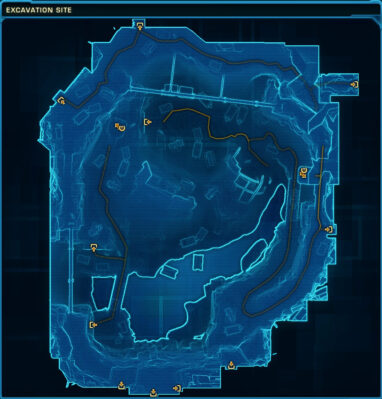 Once you've looted the Ash'ad Datapad, you have to find the location of Kaz Denko's Hiding Place. His hiding place is at the top of a small path overlooking the Dilapidated Waterworks where you will be ambushed by Kez Denko, a weak NPC. 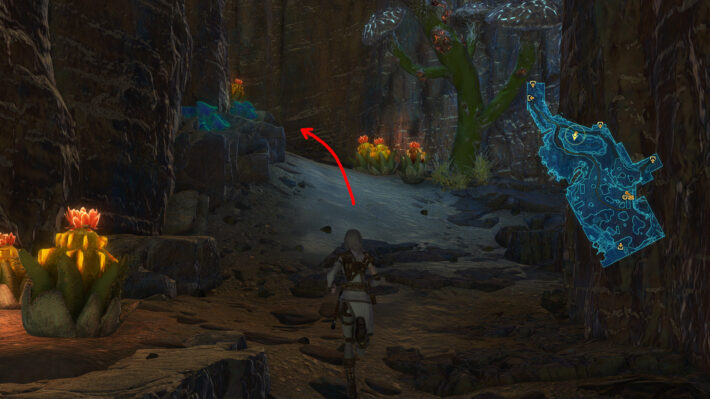 You have to defeat him to be able to obtain his Personal Notes. In case he doesn't spawn on his own, you can click the little bag on the grown and he will spawn. 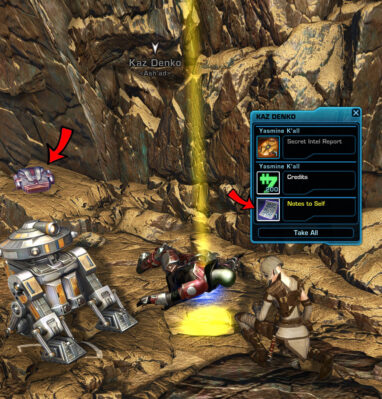 His Personal Notes will lead you to search for Kaz Denko's Records inside the Reclaimed Mining Facility. You will be able to interact with crates and vents, but they are irrelevant and will only waste your time. You have to find and loot Kaz Denko's Access Card in a small trash pile surrounded by weak Hidden Chain forces. 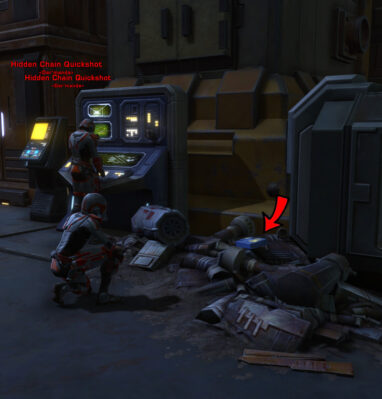 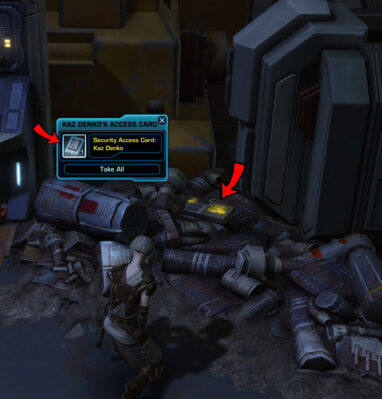 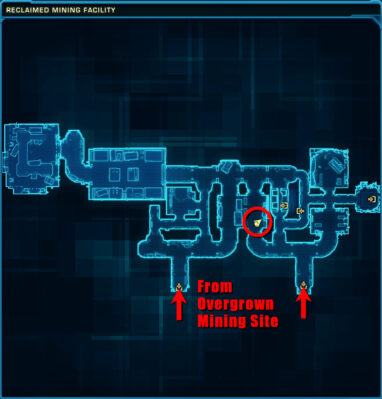 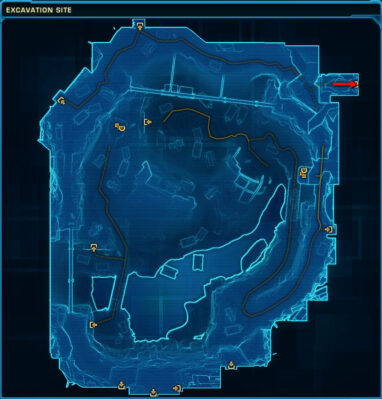 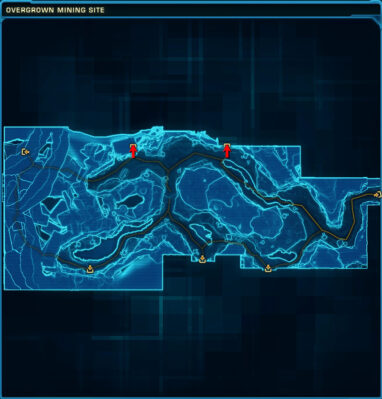 Once you've looted Kaz Denko's Security Access Card, the next step will be to Download Kaz Denko's Personal Data in the Reclaimed Mining Facility. 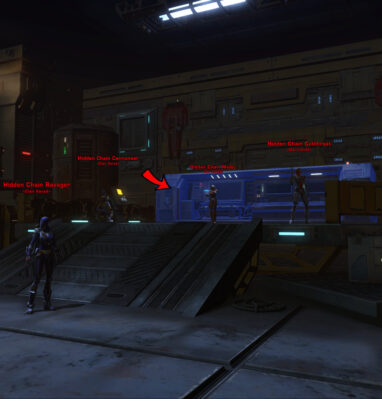 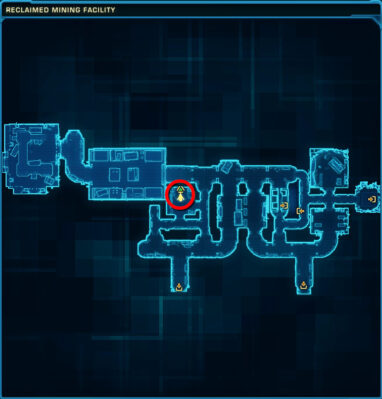 Once you complete the download, you have to Review Kaz Denko's Data by simply clicking the icon at your mission log.

Next up you have to Search the Excavation Site. There will be several clickable Disturbed Rubble piles, but from experience you have to dig up a specific pile marked on the map. When you dig at the correct pile, a pack of Opportunistic Tinebacks will ambush you. 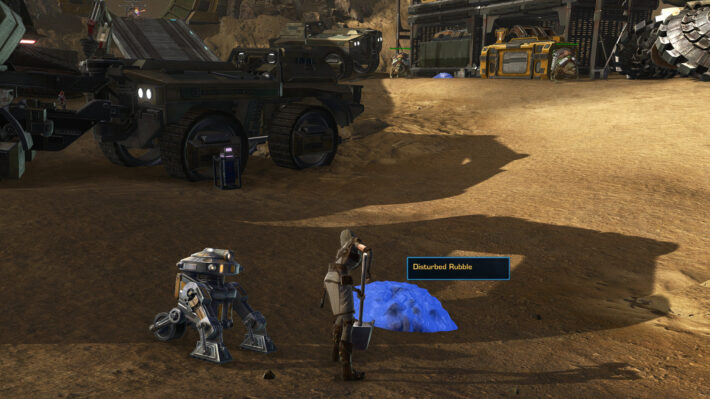 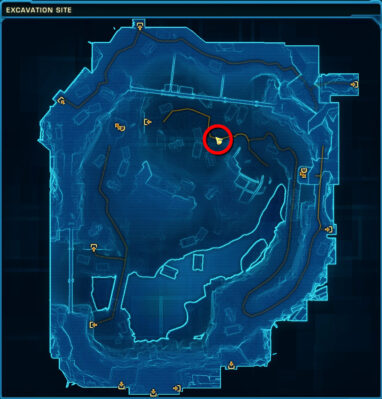 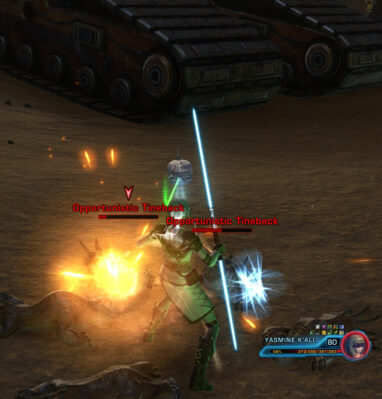 You can now return to Mandalore's Encampment and hand in the Relic at the clickable mission table.
This will enable the opportunity to click this table as often as you want to gain a Prototype Missile Attachment buff that lasts for 2 hours, which "while attached, periodically defeats weak enemies or deals a large amount of damage to standard enemies in combat." The buff will only work on Ruhnuk and you will lose it if you die, travel to your personal Stronghold or switch instance. 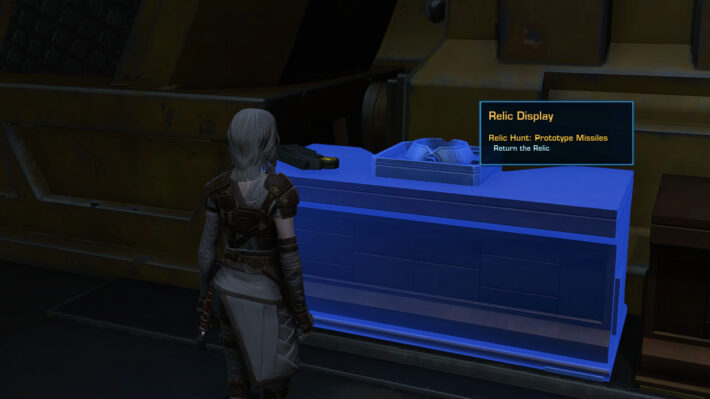 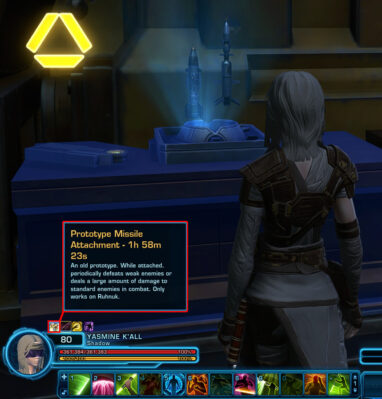 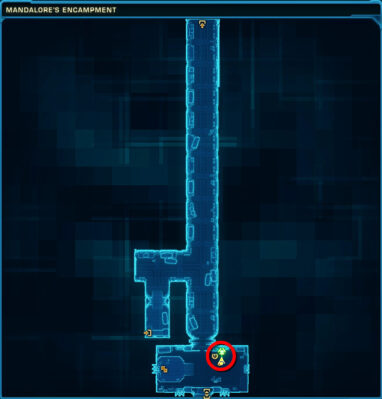