The Presence Datacron increases the effectiveness of your companion. It will grant you Presence +7 to your permanent stats along with codex: Delicacies from the Demon Moon. There are 2 Datacrons in total located on the planet of Onderon.

This Datacron is located on top of a rocky pillar overlooking the onderonian jungle. This is a semi-tough jumping puzzle and I do recommend unlocking Speeder Piloting V in your Legacy (require Legacy level 15 and Speeder Piloting IV - 1.8mill for both IV+V) on whatever character you're doing this on, to make some of the jumps easier. This is close to the Republic Forward Operating Base, which offers a spawn point close to the starting point if you fail a jump. 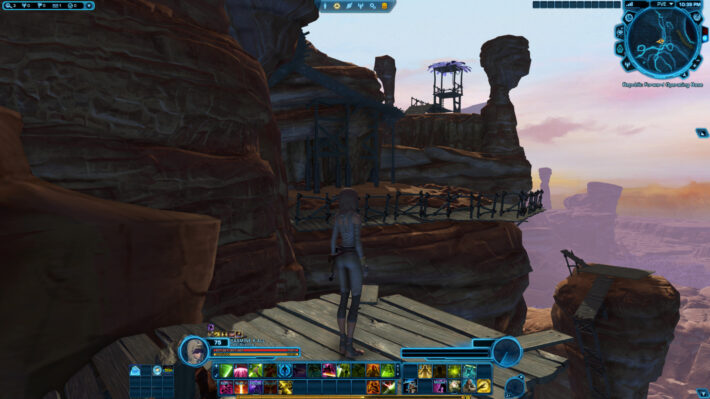 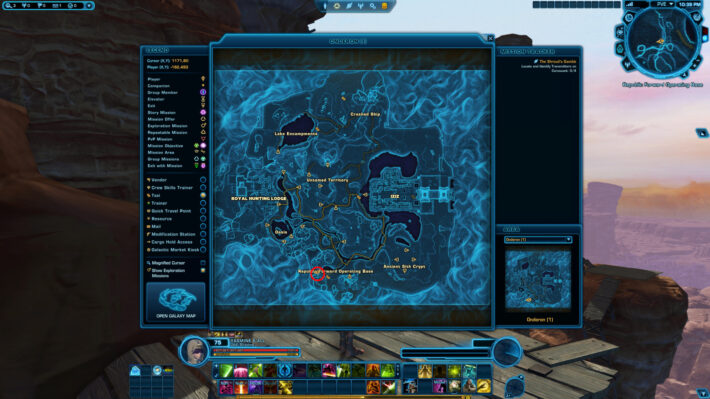 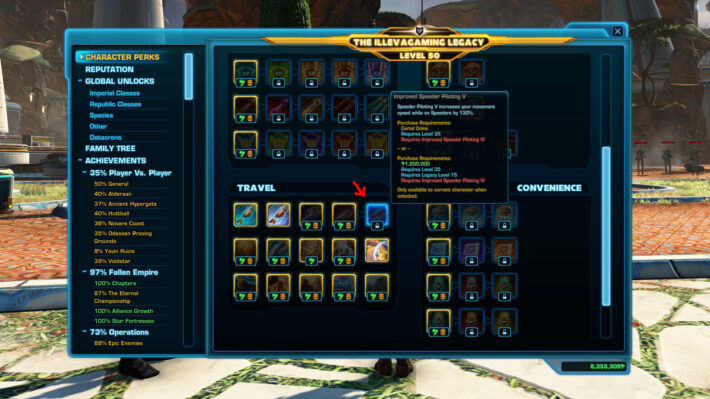 Without a mount jump down to the broken bit of the walkway to your left, then use a mount and jump onwards to the next 2 bits of broken walkway. These jumps are far, hence why I recommend Speeder Piloting V. 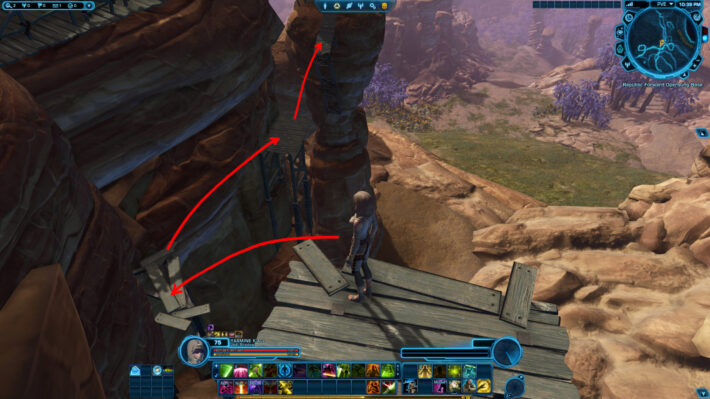 Turn left to another far jump to the broken walkway attached to the rocks. Keep following the walkway above onto the solid rock ground. 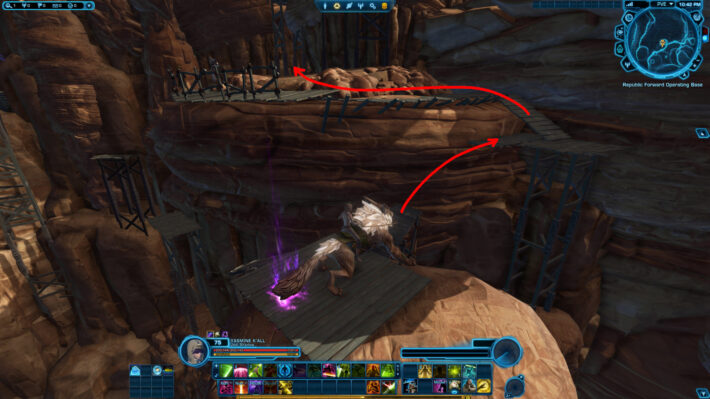 Pass through the gap between the rocks and follow the wall up to the right until you reach solid rock ground again. 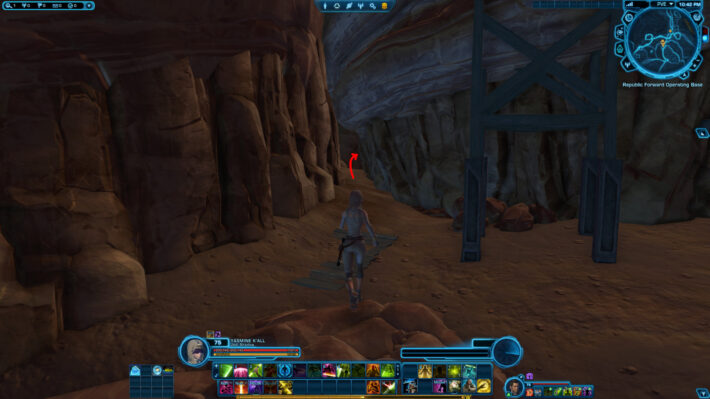 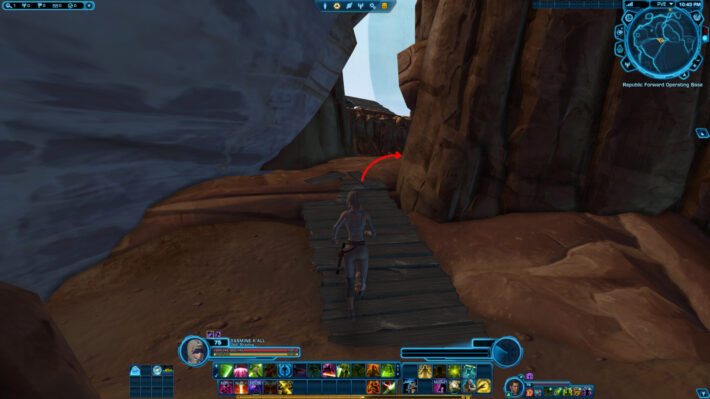 Jump up onto the next bit of broken walkway and follow it up to the next plateau. 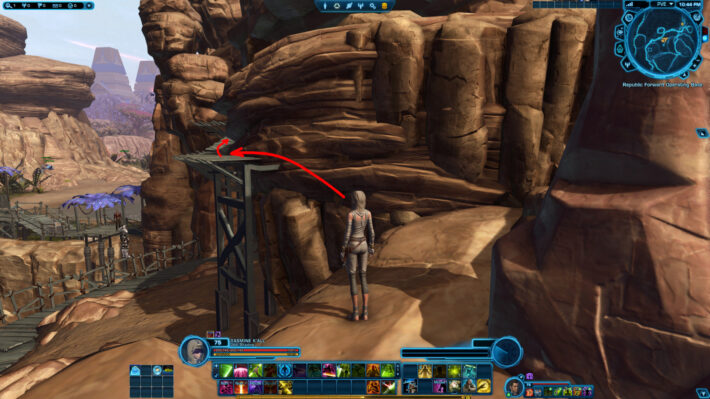 Use a mount to jump to the next piece of broken walkway in between the rocks to the left as you arrive onto the plateau. 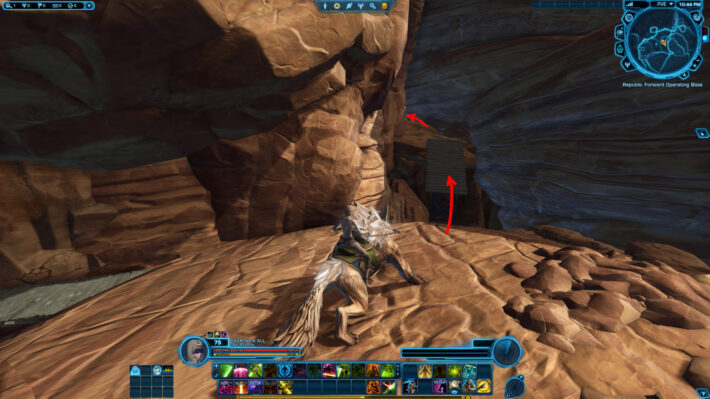 Turn left and pass through the gap. Climb the walkway on the left at the end. 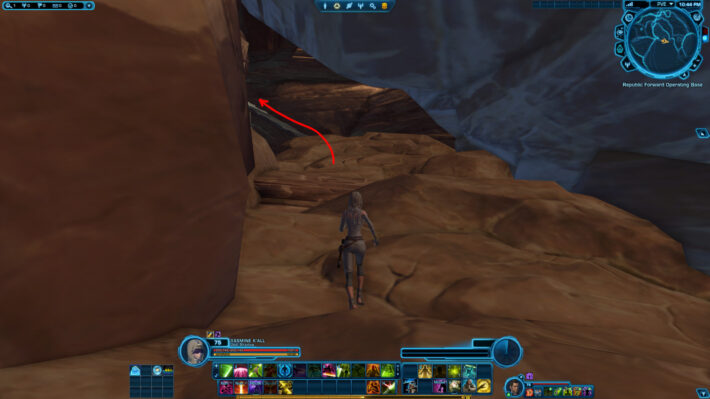 Use a mount to jump to the plateau opposite the broken walkway. Aim for the low bit closest to you. 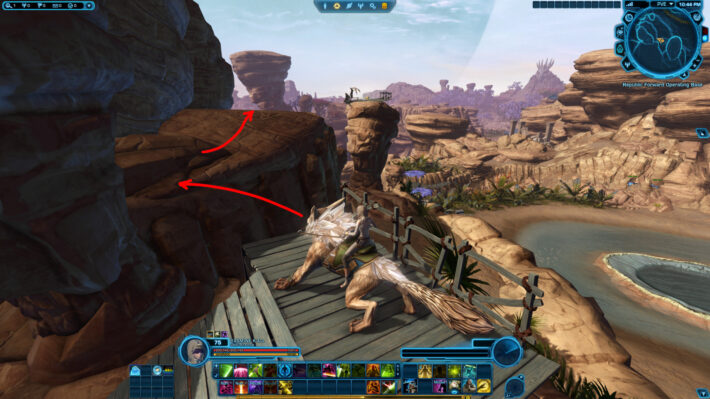 Final jump is tough, because it's far. If you fail the jump you risk falling so far down you're basically starting over. (I failed the jump, but was lucky enough that Koy'uki on the Tulak Hord server let me duel and charge) 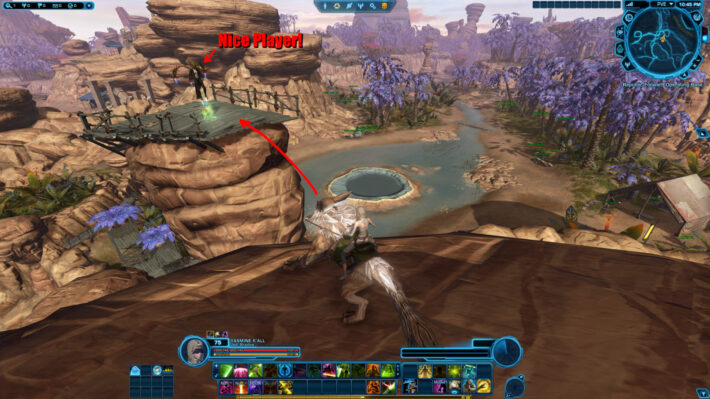 This will grant you Presence +7 to your permanent stats along with the codex: Delicacies from the Demon Moon. 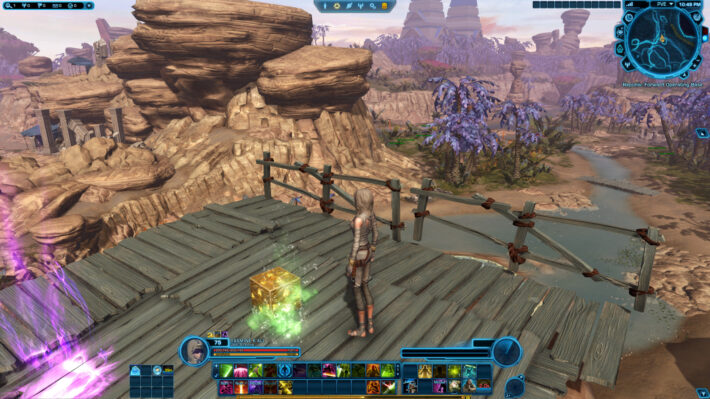