The Endurance Datacron increases the amount of damage you can suffer by increasing your max health. It will grant you Endurance +4 to your permanent stats along with codex: Galactic History 59: Aleema's Fate. There are 3 Datacrons in total located on the planet of Quesh.

This Datacron is located inside of a mine called Yuna Crosscut behind a barrier. This can be done solo if you do this on a character that has some Force Speed or some form of teleport, but I do recommend bringing a friend for an easier time. 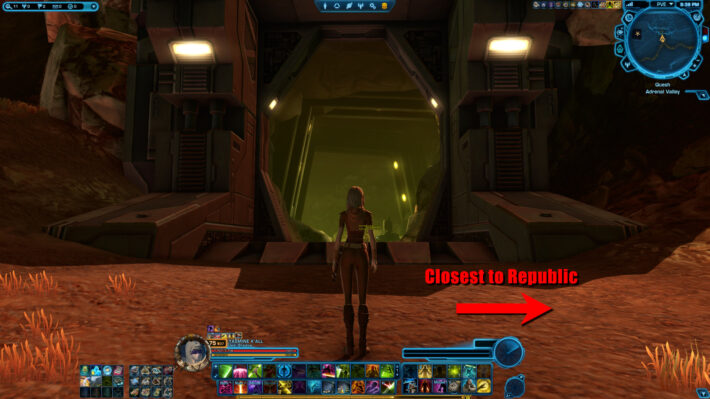 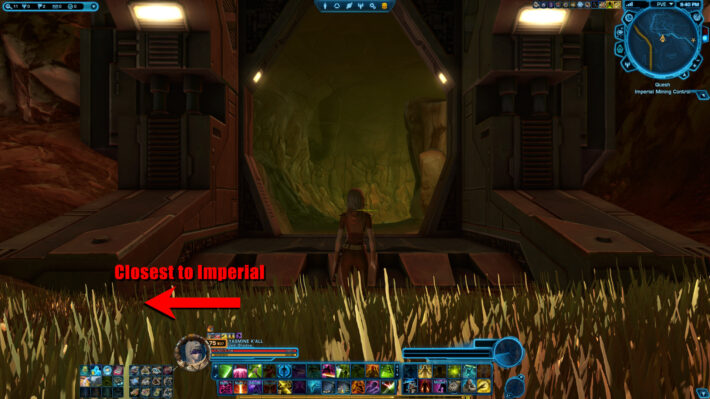 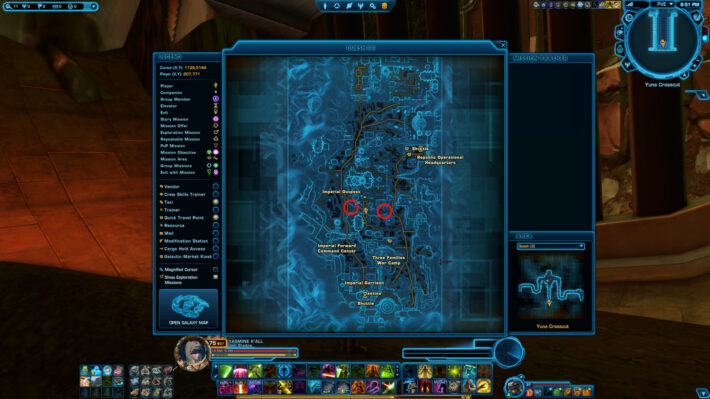 When you get to the chamber in the centre of the Crosscut, you should not click on the Ventilation System Panel outside the chamber. It will lock you out of the chamber. 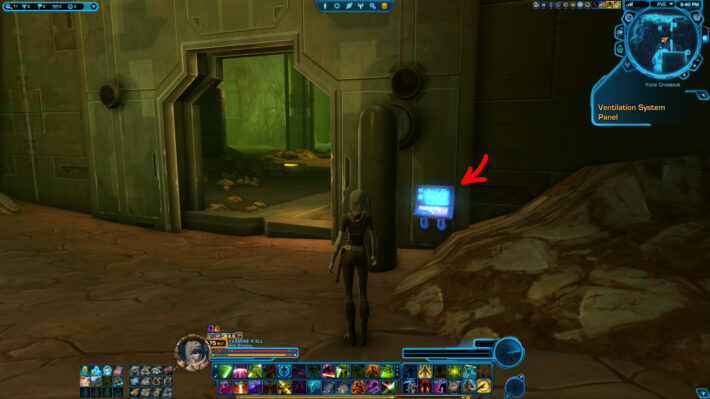 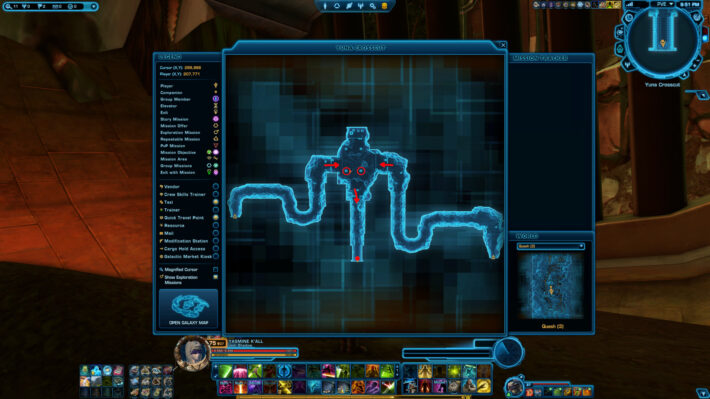 Instead, stand just on the inside of the doorframe at the corner and scroll out far enough that your mouse curser can click the panel. Remember to bring a healing companion here. 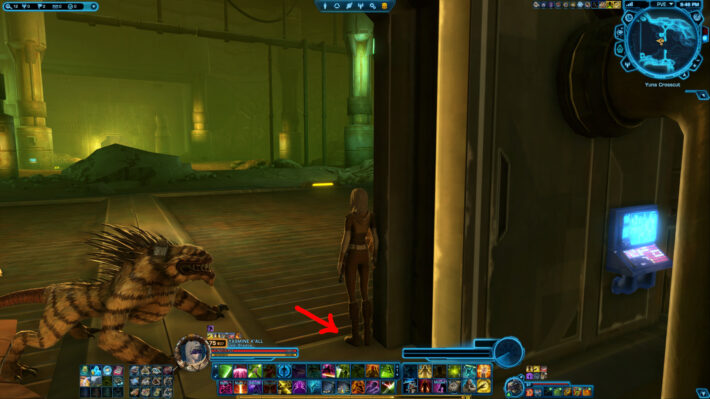 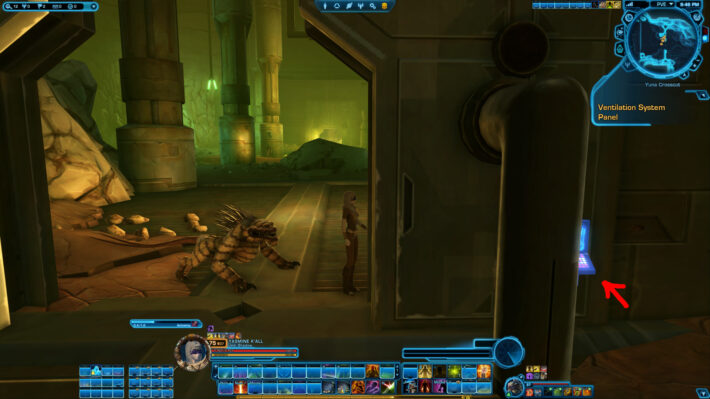 Locked inside the chamber, you will start taking damage from a debuff called Inferno, hence needing the healing companion. 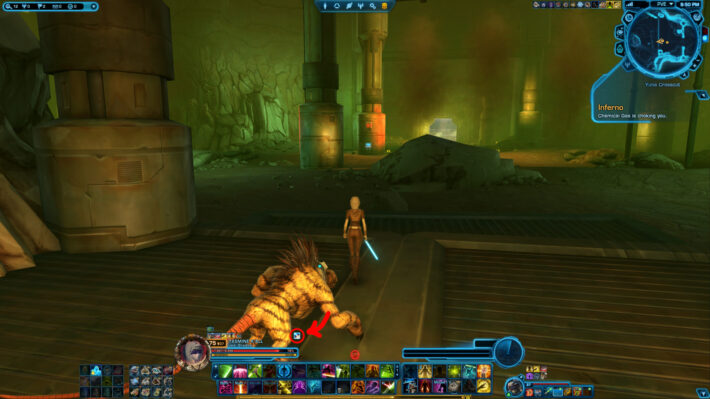 In the centre of the chamber, there's two upright pipes with each a Ventilation Override Console. If you do this with a friend, you click both panels at the same time, but if you do this solo you have to click one, then move as fast as you possibly can to click the other one. 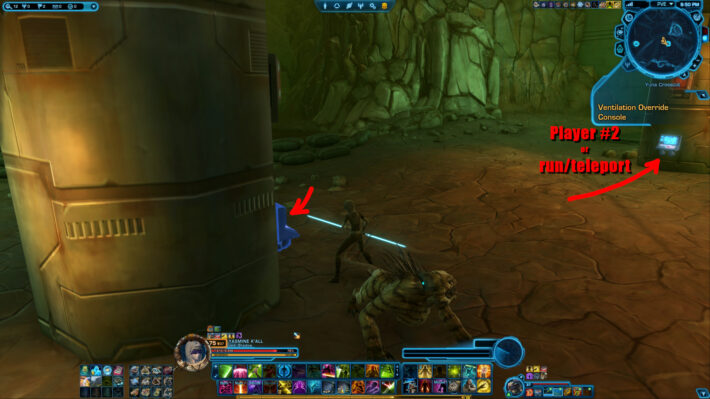 If you are successful, the Inferno debuff will disappear and the shielded doorway to the south will be opened for a short time. You might get into combat momentarily, but ignore it and get to the end where the Datacron is located. 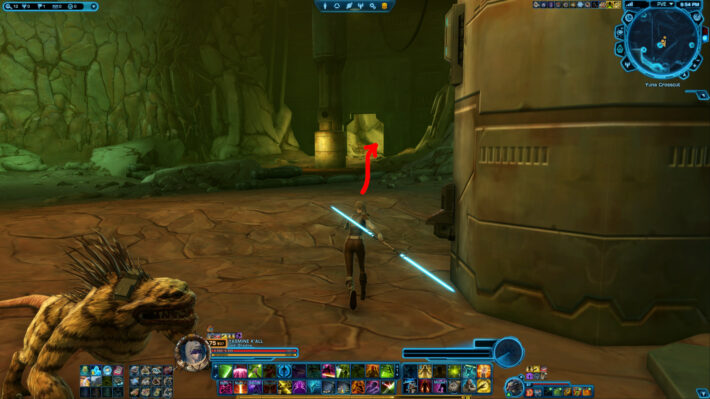 This will grant you Endurance +4 to your permanent stats along with the codex: Galactic History 59: Aleema's Fate. 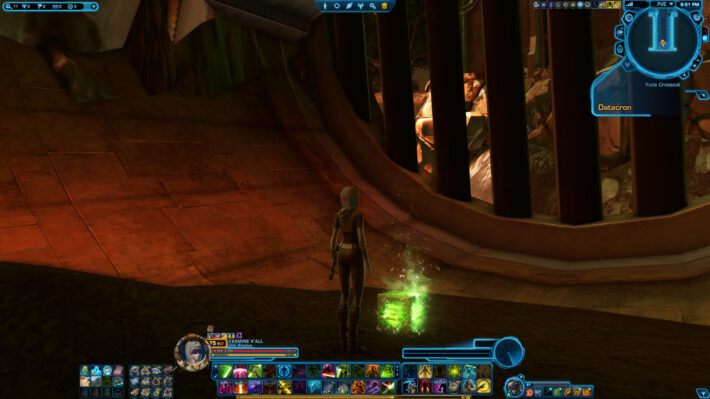 Note: Once you're done and want to leave, click the panel to unlock the door again. 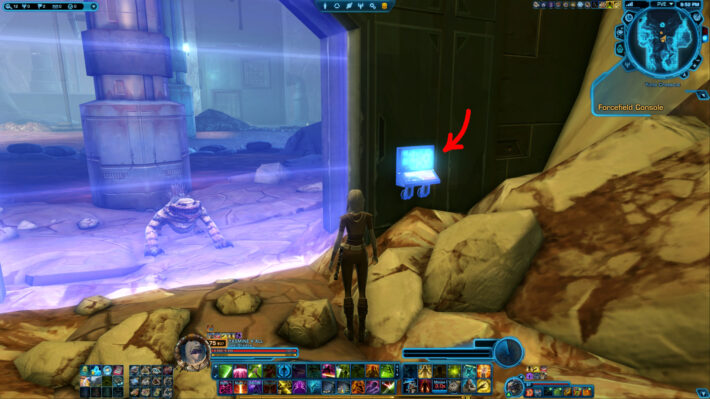