The Blue Mastery Datacron increases your aptitude in combat, allowing you to do more damage. It will grant you Mastery +3 to your permanent stats along with codex: Galactic History 33: Dromund Kaas. There are 5 Datacrons in total located on the planet of Nar Shaddaa.
Note: You can collect them on either Republic or Imperial Side as they count towards the same achievement.

This Datacron is located on top of a pole in the upper right corner of the Nikto Sector. This is a semi tough jumping puzzle. 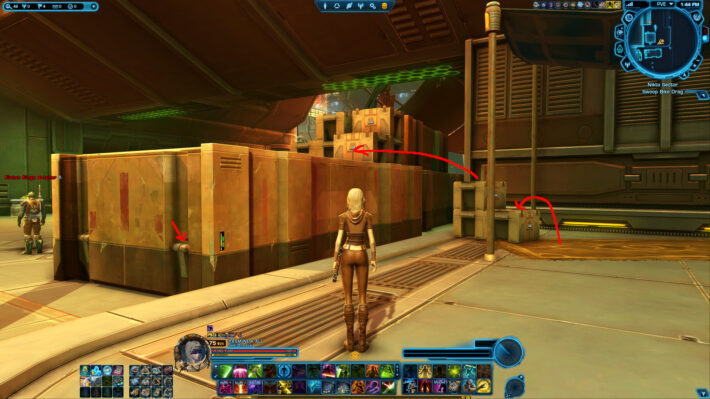 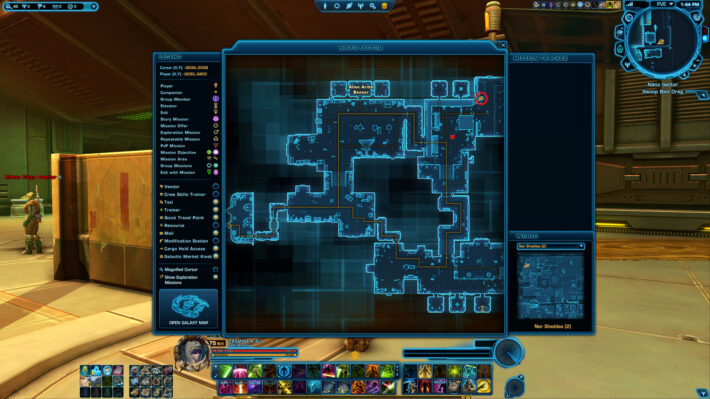 Start by using the crates and containers to get to the stacked containers. 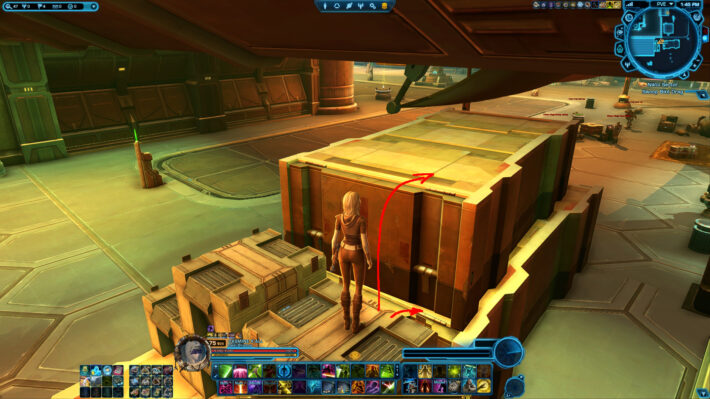 When jumping to the set of stacked containers you might not make the jump due to the low ceiling. If you can aim and land on the small bit of the lowest container sticking out, then you can jump up from there. 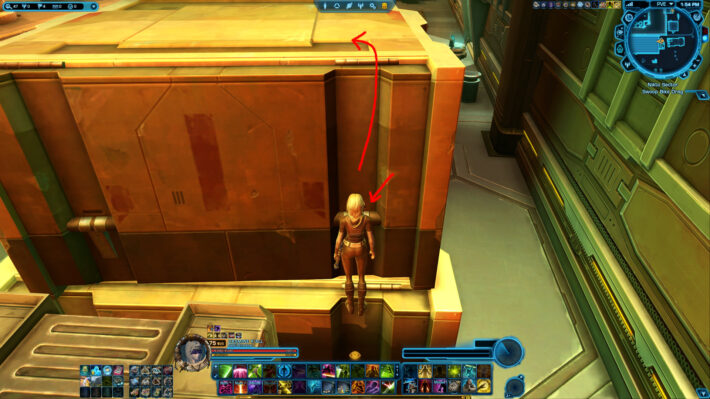 It will look like you are barely standing on the ledge, but that will also work for the small bit directly in front of you to use to climb further up. 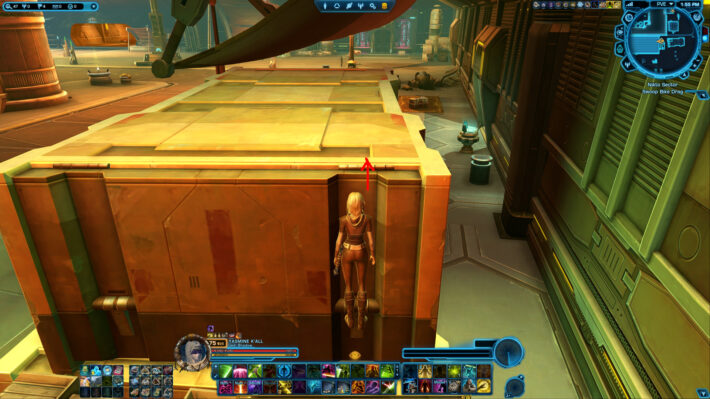 Once on top of the container, use a running jump to the canopy. You can get stuck on the canopy edge if you hit it from a bad angle and you'll be sent back to the beginning. 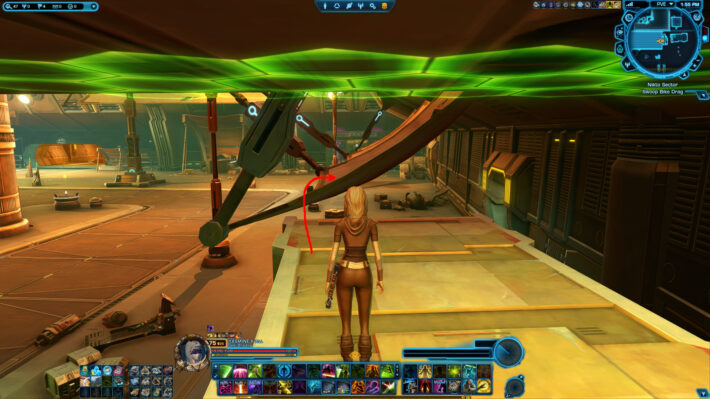 From the canopy, you have to climb the first anchor to the top. 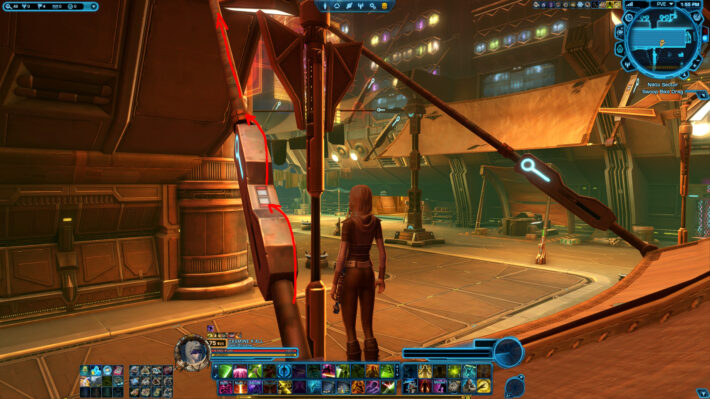 From the top, turn around and walk onto the pipe and get to the end of the pipe.

From this pipe, you have to jump onto the next 2 pipes to the left, followed by the conduit at the end.
Pro tip: You can easily get to the next pipe by hugging the wall and walking on the ledge. 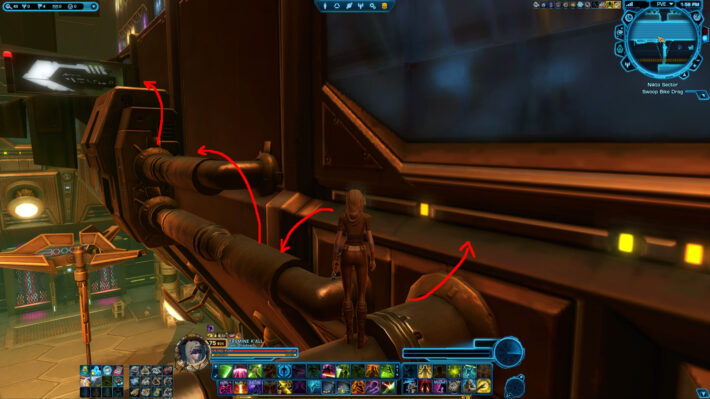 From the conduit you have to jump onto the small corner of the sign where it is attached to the wall and from there up onto the walkway. I recommend jumping from an angle to make it easier. 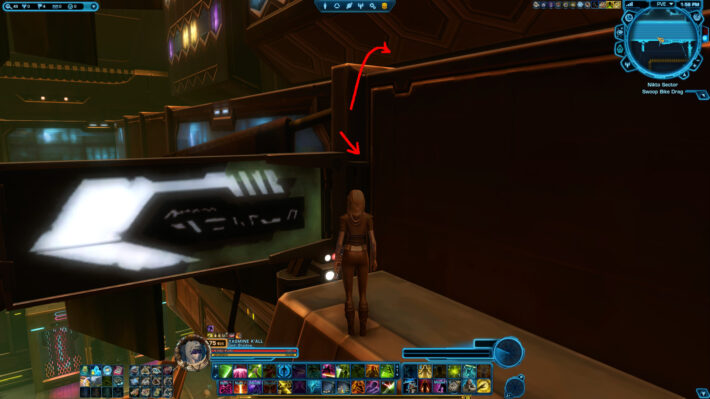 Follow the walkway around until you get to second platform with a view to the Datacron to its right. 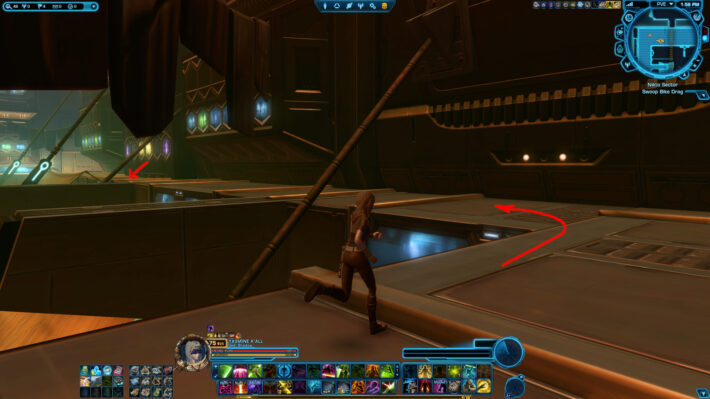 From the left corner of this platform, jump down onto the anchor/tether that is connected to a pole. Make sure to align your character and jump to it. If you just walk off, you'll glide to the wrong side and miss the landing. 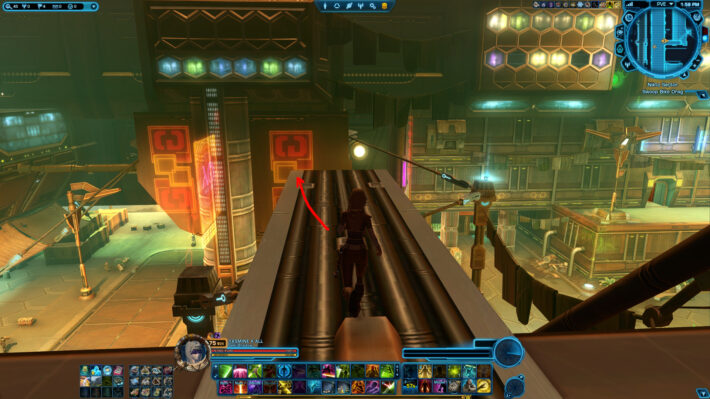 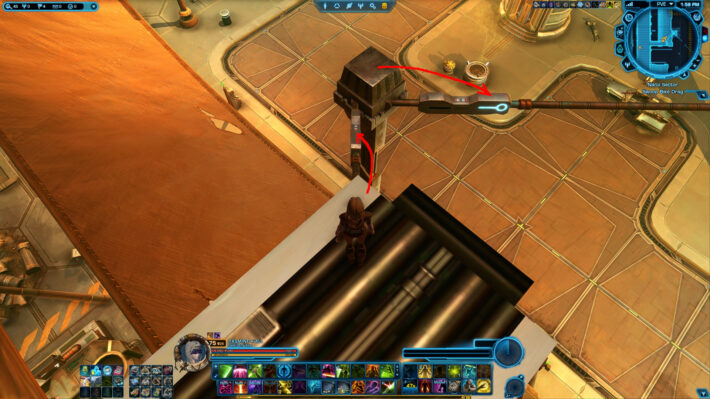 From the pole, use the next anchor/tether to walk to the next pole where the Datacron is located. 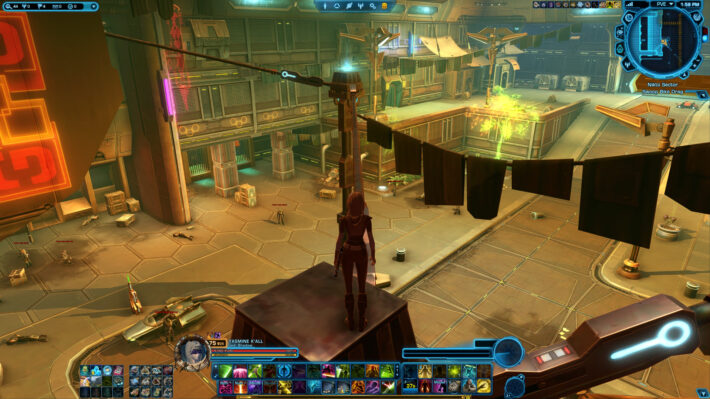 This will grant you Mastery +3 to your permanent stats along with codex: Galactic History 33: Dromund Kaas. 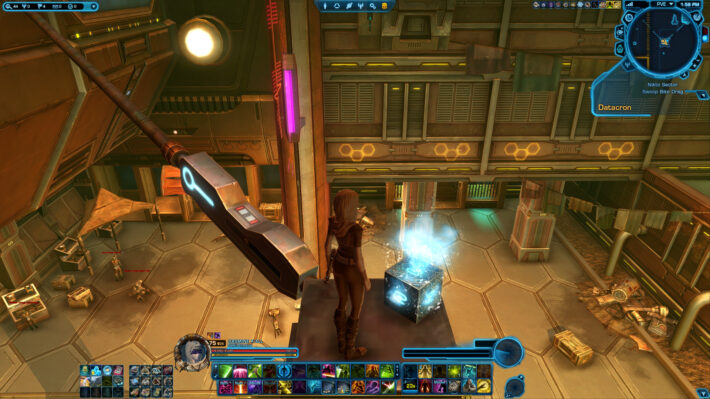