The complete and ultimate guide to every challenge and achievement in the annual SWTOR Life Day event.

Where to get started.

You have to purchase a "Life Day Snowball Bomb" (1000 credits) from the Master of Ceremonies in the Galactic Trade Market on the Fleet. 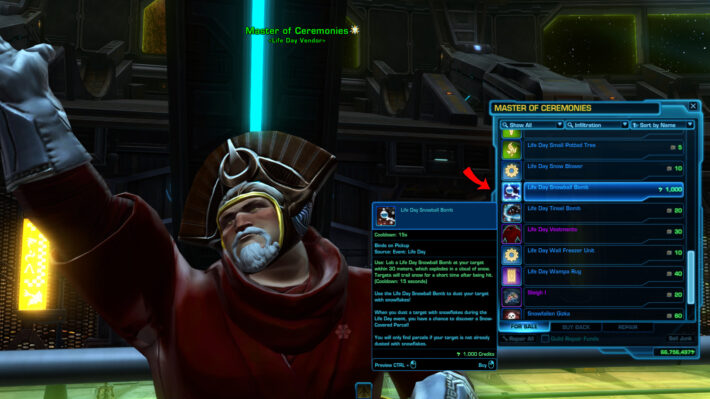 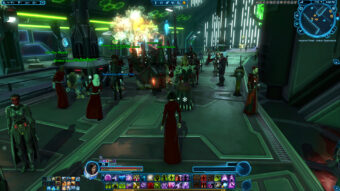 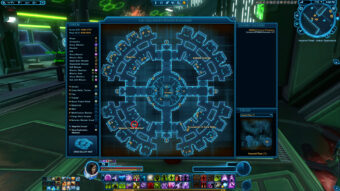 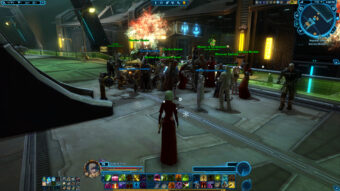 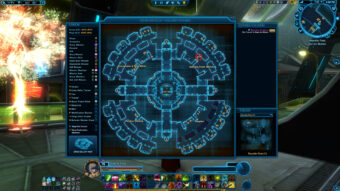 You can also purchase the "Life Day Snowball Cannon" from the Cartel Market for 500 Cartel Coins. 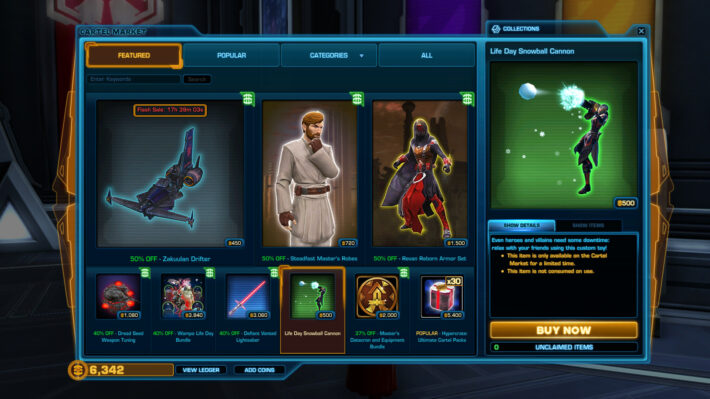 It's time for a Snowball Fight! Target your victim, which can be other players, companions and all targetable NPC's. 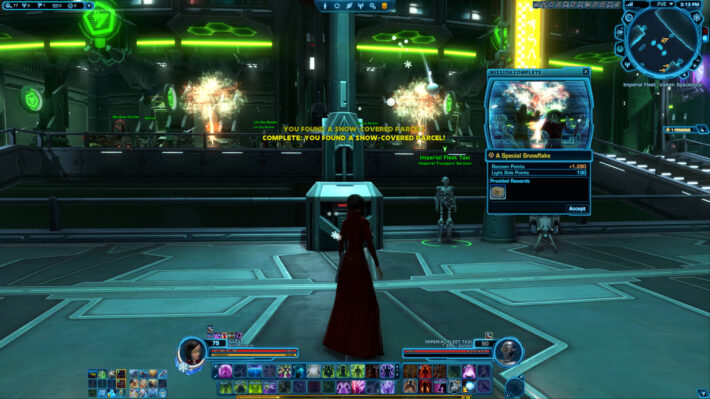 The Life Day Snowball Bomb can be used every 15 secs, but the Life Day Snowball Cannon can be used every 7 secs. Every time you hit someone with a Snowball, you have a chance to earn a "Snow-Covered Parcel", which is both your currency to purchase various rewards from the Master of Ceremonies and part of several achievements. This reward can be repeated indefinitely.

Pro Tip: You can place the Snowball Bomb and Snowball Cannon in your quickbar and use it as an ability, which is especially useful if you are going to spend a lot of time on achievements. 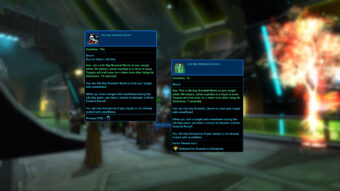 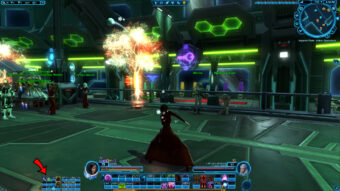 Around the Capital Worlds - Coruscant and Dromund Kaas, Nar Shaddaa and Mek-Sha, you will also come across Lifeday Gift Droids. This droid can turn into an Overheated Gift Droid, which is attackable. Instead of attacking, if you throw a Snowball at one of these when it's glowing hot red, you have a chance to be rewarded the choice of 4 Life Day Holo-Tree Decorations. This reward can be repeated indefinitely. 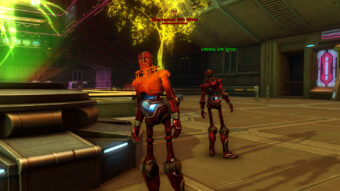 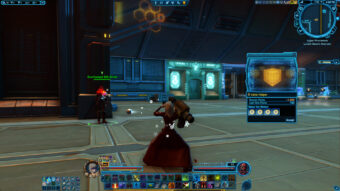 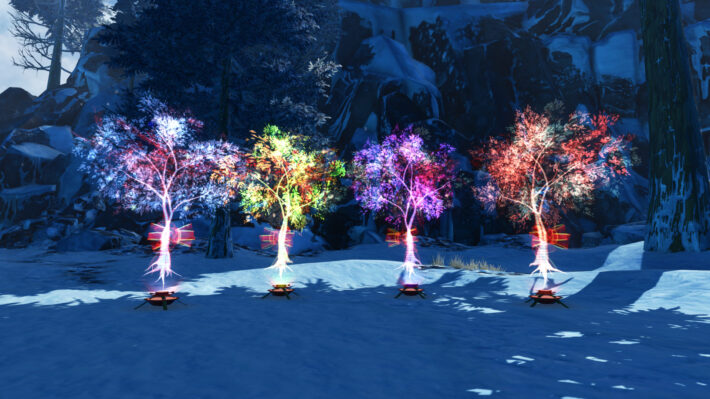 Could Use a Good Hug

Who wouldn't want to hug a Wookiee? Here's your chance! During the event, you can earn a Legacy Title from hugging 1500 Wookiees. 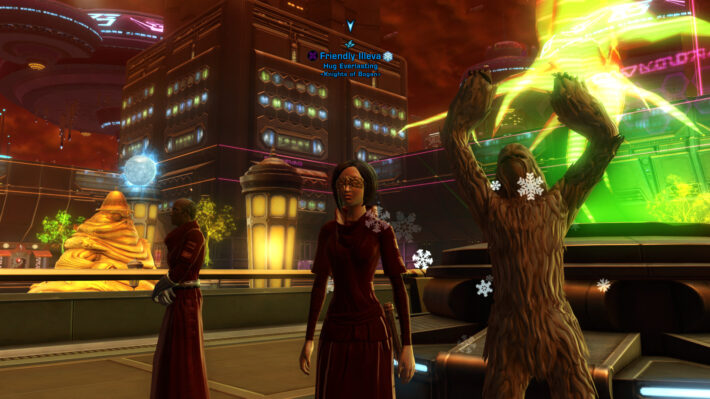 You can find these Wookiee Revelers and Carolers on the Fleet, Nar Shaddaa and Mek-Sha. As you approach a Wookiee, a special ability will appear called "Hug a Wookiee". The distance for the ability's activation can be a bit finicky, and you will probably experience the "too far away" or "too close" error quite often. If you struggle with the distance, I recommend you toggle walk (default keybind is NUM /) to make it easier. 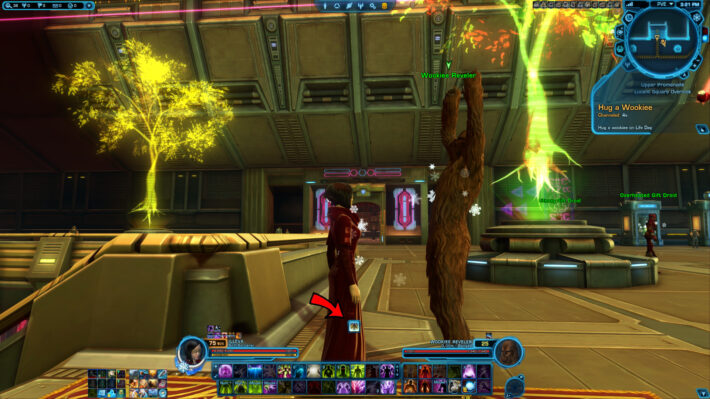 You can hug each wookiee every 20 min on each of your characters. If you try before then you'll simply be told you have already hugged this wookiee.
Pro Tip: You can swap instances to hug even more wookiees. On Nar Shaddaa you can even travel to the PvP instance and still be safe, since the Promenade is a non-combat zone, but not on Mek-Sha. There you will most likely meet PvP'ers who find it fun to attack Wookiee-hugging players. 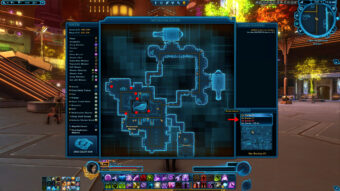 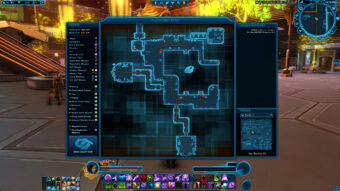 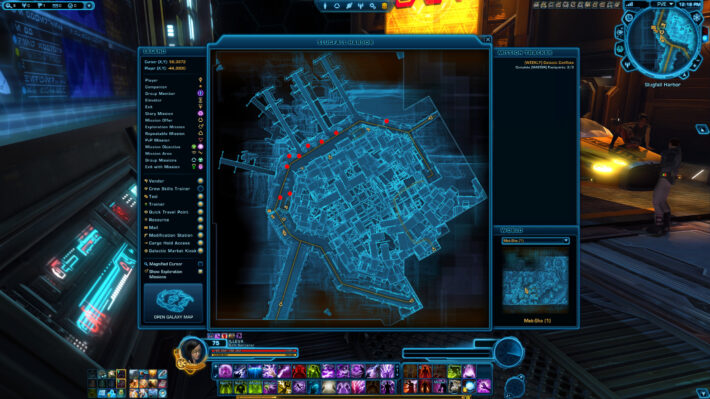 When you hug your first wookiee, it will trigger a Daily Mission called "Could Use a Good Hug", which will reward you 2 Snow-Covered Parcels upon completion and can be done on each of your characters every day. 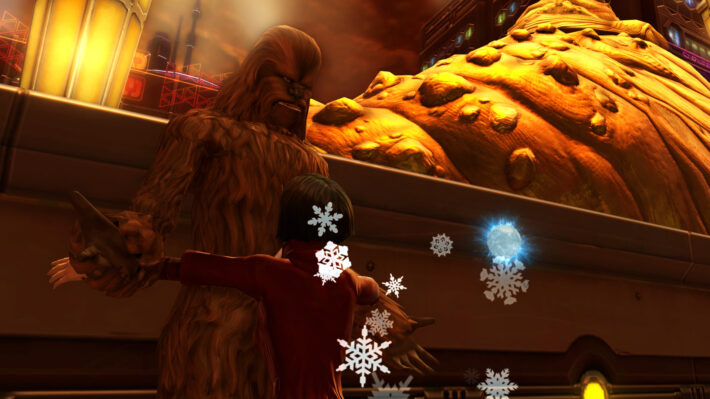